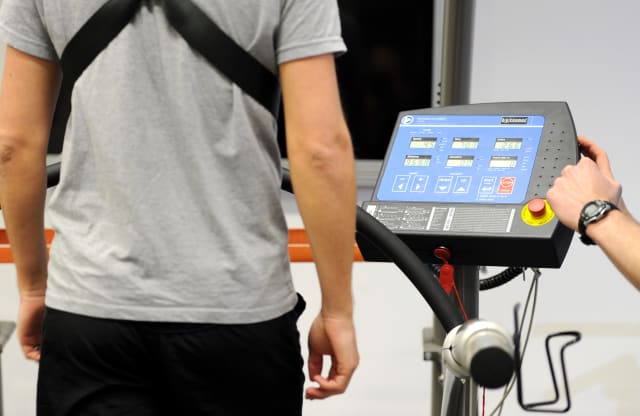 The director of a gym which has not closed despite lockdown has said he is standing up for what he believes is right.

Non-essential shops, leisure and entertainment venues were ordered to close from Thursday in England as new coronavirus restrictions came into force, but a small number of businesses have not complied with the rules.

Kevin Harper, director of Majestic Martial Arts gym in Wigan, told the PA news agency he had been asked by members to remain open.

He said: “The Government really needs to think about the position on this.

“I don’t have a criminal record, I’m not known to the police, I’ve never been in trouble with the law, and I’m being criminalised for doing what I think is standing up for what I believe is right, and also protecting the rights of my members, who are paying members, to come and exercise.”

He said since the gym reopened in July there had been no incidents of illness and regulations had been followed.

He added: “The factory next door have got more workers than we’ve got members and they have no implications and no restrictions placed on them, however my industry is set to close.

“The benefits of this industry for mental health, particularly at this time of year when you are looking at suicide rates, are unbelievable.”

The force said three people were handed fines at Gainz Fitness and Strength in Bedford, while warning that any further visitors would risk being fined.

“We understand that exercising is a priority for a lot of people, but we would urge you to find an alternative, such as a home workout or out in the open air,” police said on Facebook.

“We all need to play our part in stopping the spread of coronavirus and unfortunately this means that businesses, such as gyms, need to close.

“If you are planning to come to Gainz Gym, please don’t as you will be at risk of being fined.”

In Liverpool, soft play centre Cirq D-Play appeared to be open on Thursday morning, although staff did not want to comment to PA.

A notice on display in the window cited “article 61” of the Magna Carta and said: “Any attempt to enforce unlawful acts, statutes or legislative laws on myself will be taken as an act of high treason, for which, you will stand trial before a jury of the people and which still carries the gallows.”

The Magna Carta peace treaty was signed by King John and rebel barons in 1215, and said the monarch and the government would not be allowed to behave above the law.

However, only four of its 63 clauses are still valid in law today, and clause 61 is not one of them.

On Radio Five Live, a gym owner from Greater Manchester called Jayne told The Emma Barnett Show her studio had been open for exercise classes on Thursday.

She said: “I don’t believe it is lawful to say to somebody ‘shut your gym’ when it helps people.

“Fitness is helping the NHS.”

Greater Manchester Police Chief Constable Ian Hopkins, who was also on the programme, said the force would support local authorities to enforce the restrictions.

He said: “We recognise the impact this has had right across the North West and beyond.

“Our police gyms have been closed throughout this period, we never reopened, and we absolutely recognise that health and fitness is important for all of us physically and mentally, but the Government have made some decisions so that it is consistent.”