Furlough scheme extension: How will it work and what will it cost? 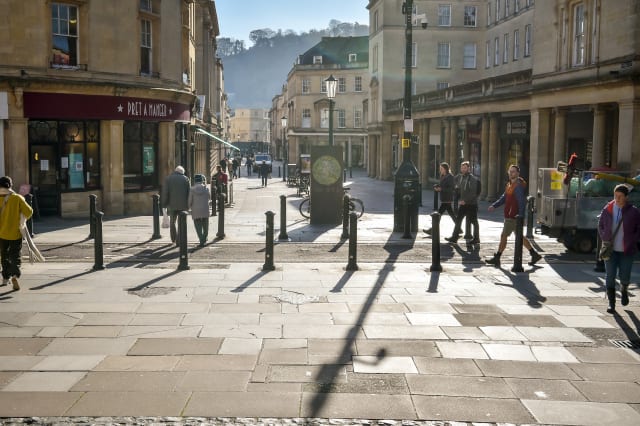 The extension of the furlough scheme has been described as a lifeline for workers and businesses facing a tough winter as coronavirus restrictions disrupt economic activity.

Here is a look at how the scheme works and who will be able to benefit:

– What has the UK Government announced?

The Coronavirus Job Retention Scheme (CJRS) has been extended further, until March 31 2021.

The scheme, which enables employers to claim support for employees who have been furloughed, was launched in April 2020.

The Government had initially extended the CJRS from November 1 until December 2.

It said on Thursday – the first day of England’s second national coronavirus lockdown – that its economic priority remains the same – protecting jobs.

– Will the extension apply UK-wide?

Yes, the scheme is being extended until the end of March for all parts of the UK.

– What do employees get?

For some, it could mean they hang on to their jobs. The IPPR (Institute for Public Policy Research) think tank previously warned that two million viable jobs could be lost if the Job Retention Scheme was not extended or replaced.

The scheme has already helped to protect more than nine million jobs across the UK.

Eligible employees receive 80% of their usual salary for hours not worked, up to a maximum of £2,500 per month.

– How can employers use the scheme?

Businesses have flexibility to use the scheme for employees for any amount of time and shift pattern, including furloughing them full-time.

– What do employers need to contribute?

There will be no employer contribution to wages for hours not worked.

Employers will only be asked to cover National Insurance and employer pension contributions for hours not worked. For an average claim, this accounts for around £70 per employee per month, according to the Treasury.

– Could the role of employers in the scheme change?

The Government said it will review the policy in January to decide whether economic circumstances are improving enough to ask employers to contribute more.

The Job Support Scheme, which was due to start on November 1, has been postponed as the more generous CJRS has been extended.

The extended CJRS will operate as the previous scheme did, with businesses being able to claim either shortly before, during or after running payroll.

– What has take-up of the scheme been like so far?

According to HM Revenue and Customs (HMRC) data, a total of 9.6 million jobs had been furloughed, as of October 18, with 1.2 million employers furloughing.

Some £41.4 billion-worth of claims had been made.

– How much will extending the scheme cost?

The cost will depend on uptake, which will in turn be affected by the scale and severity of future Covid-19 restrictions.

However, the Resolution Foundation estimates that the extension of the furlough scheme is likely to cost around £6.2 billion a month.

The think tank described the extra cost as “huge, but necessary”.

– What other support is available?

The UK Government has said its overall support package to protect lives and safeguard jobs is worth £200 billion.

Measures to help people and businesses get through the coming months also include extensions of existing loan schemes, support for millions more workers through the self-employment income support scheme (SEISS), increased funding for the UK’s devolved administrations, and up to £500 million for local councils in England to support public health initiatives.

– What about the gaps?

Resolution Foundation chief executive Torsten Bell said current measures “offer nothing for close to 500,000 self-employed workers who have no work at all”.

The TUC has welcomed the extension of the furlough scheme, but its general secretary, Frances O’Grady, said: “It’s not right to ask millions of low-paid workers on furlough to survive on less than the minimum wage. The Chancellor must fix the scheme so their pay is topped up to 100%.”

The IPPR has also said more financial certainty is needed for people who still face unemployment despite the announcement.

And those firms currently being supported still face uncertainty next spring.

Rob Marshall, managing director of employee benefits service WorkLife, said that while extending the furlough scheme offers firms a vital lifeline: “We cannot ignore the fact that their troubles won’t be anywhere near overcome March, at which point they will have been facing a year’s worth of business disruption.”