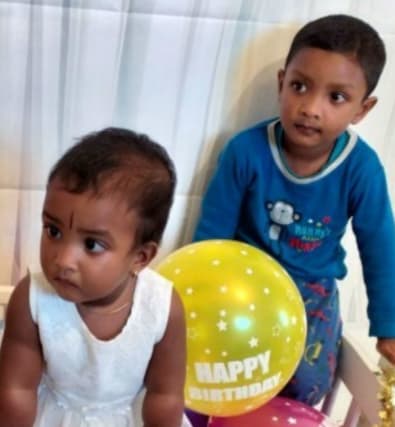 A depressed father has admitted slitting the throats of his two young children during lockdown.

The children's mother, named locally as Nisa, was in the shower at the time of the killings and alerted police.

Pavinya was pronounced dead at the scene while Nigash was rushed to hospital in Whitechapel but he also died.

Their father was taken to hospital for treatment for knife wounds.

Upon being discharged, the shop worker was charged with murdering the children.

In a police interview, Nithiyakumar accepted he had killed his daughter and son with a knife.

He said he had been depressed and while working in a shop, customers had "upset him".

He had thought about killing himself, but considered it would "ruin the children's lives and they would go off the rails", a court previously heard.

On Thursday, the defendant appeared before Mrs Justice Cutts at the Old Bailey.

He pleaded guilty to two counts of manslaughter by diminished responsibility, which was accepted by the prosecution.