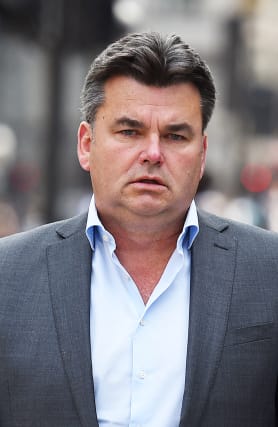 Former BHS owner Dominic Chappell has been jailed for evading more than half a million pounds in taxes on income from his £1 deal to buy the failed high street chain.

The 53-year-old’s offending was an “egregious example” of cheating the public revenue, Southwark Crown Court heard, with the businessman spending a fortune on a luxury lifestyle.

He was jailed for six years for evading VAT, corporation tax and income tax owed on his £2.2 million income from the BHS deal.

His lawyers claimed he became, and still is, “utterly broke” because BHS’s hugely underfunded “pension problem exploded” within two weeks of him controversially buying BHS from retail tycoon Sir Philip Green in 2015.

Rejecting his defence team’s suggestion that, had BHS not failed, he would have had the funds to pay his tax liability, a jury found Chappell guilty of dishonesty after deliberations over three days.

He had denied three charges of cheating the public revenue between January 2014 and September 2016, related to his bankrupt finance company Swiss Rock Limited.

Mr Justice Bryan said Chappell had engaged in a “long and consistent course of conduct designed to cheat the revenue” and that his actions “over a substantial period of time is an egregious example of such offending”.

He said Chappell had “cynically allowed Swiss Rock as a limited liability company to go to the wall, like many others before it, in the hope that HMRC would whistle in the wind for the outstanding tax”.

The judge said not paying VAT or corporation tax, taking receipts out of the company and then putting it into liquidation was “one of the oldest tricks in the book”.

The judge gave the total figure lost to HMRC in unpaid taxes as £583,739.20, and told Chappell his crimes were so serious that “only an immediate custodial sentence is appropriate”.

Chappell, wearing a light-coloured shirt, blue suit jacket, jeans and blue, white and orange trainers stood as he was sentenced and had no reaction as he was led, carrying a holdall, from the dock by a prison officer.

The businessman, of Blandford Forum, Dorset, had claimed to be “simply too busy” to sort out his business dealings properly and said he was “let down by others”.

But the judge said: “You were not overwhelmed by your other pressures, and you were not too busy or under too much pressure to spare the time to buy yourself trappings of luxury with monies that would have been better deployed to pay the taxes due.”

He added: “You did not pay your tax. Instead you holidayed in the Bahamas over the Christmas period on a yacht that was purchased in your name.”

The court heard that in an email at that time, Chappell had said: “I am having to slum it in the Bahamas for the next three weeks. I know you will all feel my pain.”

The judge said on his return from the holiday, and a day after income tax should have been paid, Chappell had bought a £91,000 Bentley Continental as well as a pair of Beretta guns for £11,000. He later bought a £33,000 Land Rover.

BHS was losing £1 million a week and had a £250-500 million pension deficit when Chappell’s consortium bought it in 2015.

With the benefit of hindsight, Chappell told the jury the BHS deal was “a life-changing catastrophe” and he should “never have touched it with a barge pole”.

He added: “This catastrophe has cost me my marriage, my money and my reputation.”

During his evidence, Chappell repeatedly said he is “not an accountant” and was relying on the advice of his professional financial experts to deal with the situation as he was “firefighting” the pending collapse of BHS.

Chappell claimed that BHS was forced into liquidation because of the actions of Sir Philip in reneging on promises of financial support for the pension fund and going back on a promise to provide working capital to BHS after the sale.

But the judge told him despite being left “penniless and owing millions to The Pension Regulator” Chappell could not “lay all the blame for that at the door of others including Sir Philip Green”.

He said: “It is you, not anyone else, who has ruined your reputation by your offending, however much the actions of others may have damage you financially.”

Following the verdict, Andrew Fox, of the Crown Prosecution Service, said: “Using evidence gathered by HMRC we were able to show the jury that Chappell simply chose not to pay large amounts of tax which were due and, as a result, they were sure that he had acted dishonestly.”

Simon York, director of the fraud investigation service at HMRC, said: “This was deliberate theft from UK citizens.

“Chappell was a high-profile businessman who knew tax had to be paid on his income and profits but chose not to do so.

“That’s money that should have been supporting our vital public services instead of funding his lavish lifestyle.”

In November 2019 Chappell was banned from running a company for 10 years, with the Government’s Insolvency Service saying he had carried out “reckless financial transactions” and “failed to maintain adequate company records”.

And in January this year he was ordered by TPR to pay £9.5 million into BHS’s pension schemes.