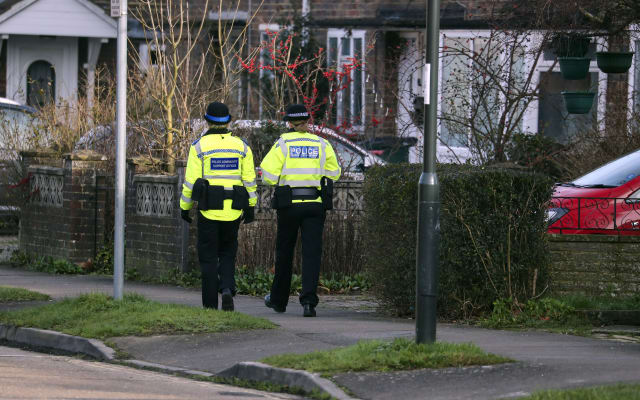 A former Coronation Street actress, whose mother was arrested after they took her grandmother from a care home, has said she does not believe they put other residents at risk.

She said the footage was shot around 30 minutes after Ms Angelis had wheeled 97-year-old Tina Thornborough out of Northgate House home in Market Weighton, East Yorkshire.

Ms Angelis told ITV’s This Morning how she had only gone to the home because she “just wanted to hold” her mother.

“I just wanted to tell her I loved her,” she said.

But the trained nurse said she made the decision to take her mother home on impulse because she “could not bear it for one moment longer”.

Ms Ashton, who played Saskia Larson in Coronation Street, told This Morning: “We’re not alone in this. There are thousands of families in the same position as us.

“These rules in place in order to protect and to save need to be fundamentally challenged by us all because, quite simply, they are not.”

Presenter Phillip Schofield asked the pair: “Do you agree that you, by doing what you did, put other elderly residents, who have families who love them, who miss them, you put them at risk?”

Ms Angelis said: “I don’t believe I did.”

Her daughter said: “You have to talk about levels of risk.

“Every single resident had a private room. When my mum walked in, it was at the front door. It was in the hallway. There was no-one else around. There was just my nan.”

Ms Ashton continued: “Our plan from that point was to take her out so there was no chance of my nan infecting anyone else.”

During the interview, Ms Ashton confronted care minister Helen Whately directly over what she called the “incredibly dodgy data” used to justify the new lockdown and the need to broaden the national discussion.

Ms Whately said she could not comment on the situation at the Northgate House care home. However, she added: “I know how visiting restrictions are affecting people. That why we’re putting out guidance to enable visiting.

“But we do that against a backdrop when, really, really sadly, we’ve seen 15,000 people living in care homes die from Covid, indeed many of those who also have dementia.”

In the two clips, an upset Ms Ashton claims she and her mother had taken her grandmother out of the home where she is “deteriorating” because they had not seen her for nine months.

Ms Thornborough could be seen sitting in the passenger seat of a stationary car with a police vehicle parked in front of it.

Ms Ashton says in the video: “It feels like we are living in the worst Kafka-esque nightmare. People in masks coming to take your relative away from you.”

The Prime Minister’s official spokesman told reporters at a briefing: “They clearly are distressing scenes.

“I think the police have said themselves the situation was distressing and emotional for all of those involved.

“We absolutely understand how difficult the current situation is for families and those with loved ones in care homes and that’s why we’re publishing new guidance to enable more visits to take place.

“But it does have to be done in a way that’s Covid-secure because of the risk to residents, family members and staff, and we need to ensure they are kept safe.”

In a statement, assistant chief constable Chris Noble of Humberside Police said the force responded to “a report of an assault at a care home” in Market Weighton at 11.15am on Tuesday.

Mr Noble said that the 73-year-old woman arrested at the scene was immediately unrestrained and de-arrested once the 97-year-old had been returned to the home.

He said: “We understand that this is an emotional and difficult situation for all those involved.

“We sympathise with all families who are in this position and will continue to provide whatever support we can to both parties.”