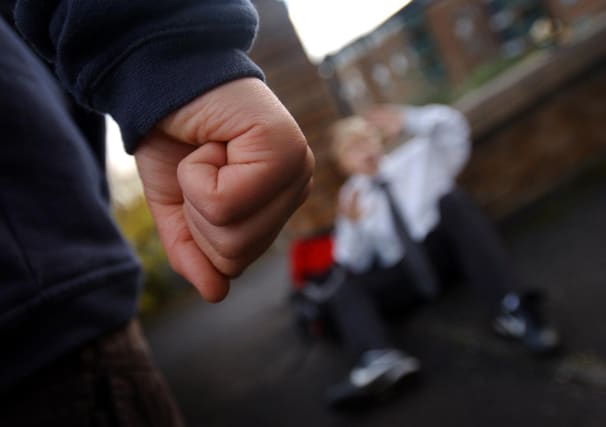 Children living with adults suffering domestic abuse or mental health problems are almost twice as likely to be victims of violent crime as those who do not, new figures have revealed.

Research by the Office for National Statistics found 11.6% of youngsters living with an adult with a long-term mental health problem and 9.6% living with physical abuse had experienced violent crime.

This compares with 5.4% of children living in safe homes.

The data was gathered by the Crime Survey for England and Wales between March 2017 and March 2019 based on interviews with adults and children aged between 10 and 15 living in the same home.

The adult was the parent of the child in 88% of cases.

It found that around 751,000 – 19.3% – of youngsters in England and Wales live with an adult experiencing one or more of the “toxic trio” of substance misuse, domestic abuse or mental ill-health.

An estimated 16.7% of children living with adults with poor mental health had been a victim of some form of crime in the previous 12 months, compared with 10.8% among those who did not.

The same was true of youngsters living with an adult who was a victim of domestic abuse, with 16.1% reporting being a victim of crime.

Children with a difficult home life were also much more likely to have been bullied, the data showed.

Around one third of children in homes with a mentally unwell adult or domestic violence had been bullied in the past year – 32.4% and 29.5% respectively.

Fewer than a fifth of youngsters living with none of the toxic trio issues, 18.1%, said they had been bullied, a similar figure to those just living with substance abuse.

Substance abuse was found to be the lowest risk factor for vulnerabilities in most cases, except in the case of alcohol misuse.

Around 8.3% of children living with substance misuse had been drunk in the last 12 months, compared with 7.1% of those living with poor adult mental health and 6.4% living with domestic abuse.

Just 4.1% of youngsters living in homes with none of the risk factors had been drunk in the previous year.

Similarly, the presence of the toxic trio was more likely to put children at risk of becoming a perpetrator of damaging or criminal behaviour.

Around 12% of children growing up around mental health problems knew someone who carried a knife, and 7% had been suspended or permanently excluded from school.

Of those living with domestic abuse, 8.3% knew someone who carried a knife and 6.3% had been excluded.

Among children not living with either problem, 6.1% reported knowing a knife-carrier and 3.4% had been excluded.

Around 8.5% of youngsters living with substance misuse said they knew a knife-carrier, while it was not found to affect exclusion levels.

Sophie Sanders, of the ONS Centre for Crime and Justice, said the data had been gathered in response to calls for more evidence about the impact of the three risk factors on children’s lives.

“(The research) suggests that the presence of one or more of these issues could make children more vulnerable to victimisation and more likely to engage in negative behaviours,” she said.

But she urged caution when interpreting the figures, pointing out that the majority of children living with one or more of the toxic trio did not report victimisation or negative behaviours in the previous 12 months.