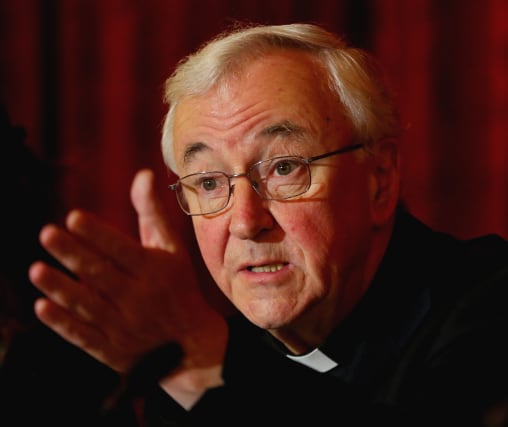 The leader of the Catholic Church in England and Wales has said the ban on religious services during lockdown is “not supported” by scientific evidence, and has predicted a U-turn.

Cardinal Vincent Nichols said the decision “clearly shows a misunderstanding of the importance of religious faith” and called churches “among the safest places” people can visit.

England on Thursday woke up to a month-long lockdown which Prime Minister Boris Johnson has argued is needed to tackle the rising level of coronavirus infections.

Unlike during the first wave of the virus in the spring, the Government has permitted churches and other religious places of worship to remain open but only for private prayer, with services put on hold for four weeks.

The move has been heavily contested, with a host of faith leaders – including Archbishop of Canterbury Justin Welby – writing to Mr Johnson to ask that the decision to bar all services except funerals be reversed.

Downing Street has so far proved reluctant to change its mind but Cardinal Nichols, the most senior Catholic cleric in the country, said he believes a review will be forthcoming.

The Archbishop of Westminster told BBC Radio 4’s Today programme: “I think it will be changed.

“I think the evidence we’ve seen over the last couple of days is that this particular aspect of the decision by the Government is not supported by any scientific evidence and clearly shows a misunderstanding of the importance of religious faith.

“I think those things will lead to change. As soon as possible, I hope to see places of worship opened again (for services).”

He said churches are “well-managed, very well cleansed and among the safest places people go to”, adding: “Going to church is not a social gathering, it is a very significant, fundamental part of people’s lives.”

The ban comes less than two months after Mr Johnson and fiancee Carrie Symonds had their son Wilfred baptised at Westminster Cathedral on September 12 – only two days before the Rule of Six restriction was introduced – in front of a small gathering, according to reports.

The Prime Minister’s official spokesman, asked on Wednesday about Number 10’s response to the call from faith leaders for religious services to be permitted, said the Government did not “take imposing further restrictions lightly” but called the tightening of the rules “vital in tackling the spread of the virus”.

“It is a package of measures which is designed to slow the spread of the virus and it was determined that while private prayer could be allowed, sadly it wasn’t possible to go any further than that,” he told reporters.

“Places of worship bring huge comfort and solace to people, especially during this challenging time, and that is why they will remain open during this period of new restrictions for private prayer and other vital functions like funerals.

“We’ll continue to work closely with senior faith leaders and the Places of Worship Taskforce, as we have done throughout the pandemic.”

Downing Street has indicated that the evidence for the decision to ban religious services will not be published.