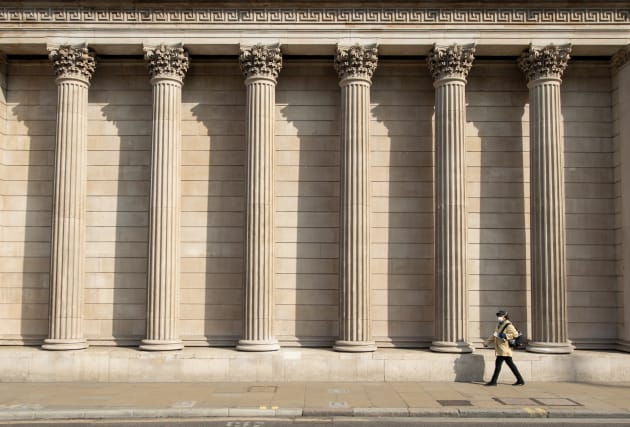 The Bank of England has unleashed another £150 billion of action to bolster the battered economy as it warned output will shrink again and not recover to pre-Covid levels until 2022.

The increase in quantitative easing (QE) was bigger than the £100 billion expected and came as the Bank forecast the economy will fall 2% between October and December due to the second lockdown in England.

Members of the Bank’s Monetary Policy Committee (MPC) voted unanimously to expand its programme to £895 billion, but hold interest rates at the historic low of 0.1%.

Bank governor Andrew Bailey said: “We believe there is value in acting quickly and strongly to support the economy and avoid the risks of any short-term disruption.”

He said the Bank’s feasibility work into negative interest rates is continuing, but stressed it stands ready to take more action when needed.

“We are here to do everything we can to support the people of this country – and we’ll do it and will do it quickly,” he added.

The Bank said the UK will narrowly avoid a double-dip recession with growth of around 2.4% in the first quarter of 2021, but this assumes the lockdown will end as planned on December 2.

The economy will also now not recover to pre-Covid levels until the beginning of 2022, with tiered restrictions lasting until at least next spring and trade disruption from Brexit after the year-end also weighing heavily on growth, according to the Bank.

Chancellor Rishi Sunak is expected to outline further support to see the economy through the latest restrictions when he makes a statement later on Thursday.

He has already extended the furlough scheme through November due to the second lockdown and is expected to announce the support will remain in place for areas still in Tier 3 restrictions through December.

The Bank said the unemployment rate will peak at 7.75%, up from 7.5% in its August forecasts, with only a marginal increase thanks to the Government’s move to extend the furlough support scheme.

The Bank’s quarterly monetary policy report shows the economy will plunge to 11% below pre-Covid levels in the fourth quarter as non-essential shops and many businesses are forced to close in England for the one-month lockdown.

But the predicted 2% drop in GDP is far less than the record-breaking 20% fall seen in the second quarter as more sectors of the economy can continue operating and with businesses having now adapted to home working.

However, trade disruption after Brexit will knock around 1% off GDP in the first quarter of next year as small firms have been left under-prepared, according to the Bank’s forecast.

Economists said more action is likely to be needed by the Bank, with its forecasts based on financial market expectations for rates to go below zero early next year.

Samuel Tombs of Pantheon Macroeconomics said: “The probability of negative rates being imposed early next year, therefore, appears to have increased.”

But he added the MPC still has “many other tools to deploy besides reducing Bank rate below zero, including more QE”.