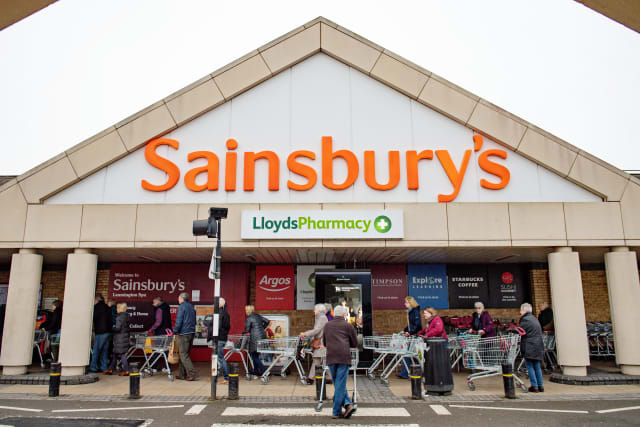 Sainsbury’s is to announce it is cutting more than 3,000 jobs as England enters its second national lockdown, according to reports.

The news comes just hours before tighter coronavirus restrictions enter into force and on the eve of the supermarket giant releasing its half-year results on Thursday.

Reports suggest a large number of roles will go from Sainsbury’s subsidiary Argos, which it took over in 2016.

Job losses are also reported to be likely at Sainsbury’s stores, with the potential closure of delicatessens and fresh fish and meat counters.

In April, Sainsbury’s had warned over a coronavirus hit to profits of more than £500 million despite surging grocery sales.

The supermarket giant said at the time that the impact of Covid-19 was expected to leave underlying profits broadly flat for the year to March 2021 as it faced soaring costs for measures to protect staff and customers, as well as falls in non-food and fuel sales.

The group also added that the profits impact could be greater if lockdown was extended further and if there was a longer-term hit to the wider economy than expected.

The reported Sainsbury’s job losses come as more than 2,500 jobs are set to go after the John Lewis Partnership and Lloyds Banking Group both announced major cuts.

The John Lewis Partnership told staff on Wednesday that it plans to cut 1,500 head office roles as part of cost-cutting at the retailer.

Meanwhile, banking giant Lloyds has said it will cut 1,070 roles, predominantly in its group transformation and retail banking departments, in its second redundancy announcement in two months.

The cuts contribute to the more than 200,000 potential job losses announced across sectors including banking, hospitality, travel and retail since the start of Covid-19 pandemic in March.