Lockdown leaker should be sacked and ‘strung up to dry’, says Tory former leader 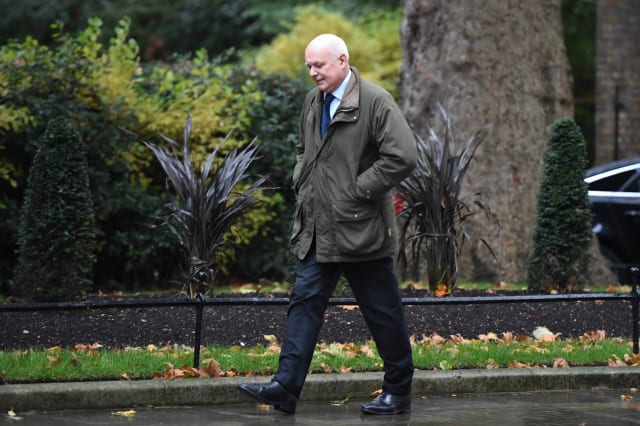 The person responsible for leaking the Government’s lockdown plan to the press should be sacked and “strung up to dry”, a former Conservative Party leader has said.

Prime Minister Boris Johnson apologised to Conservative MPs on Saturday and told them that he will launch an inquiry to find the “culprit” who leaked details of the new lockdown after multiple newspapers learned about the plans on Friday.

During a Commons debate on the proposals, Sir Iain Duncan Smith said: “I thought the leak is appalling, that … whoever did it should be sacked, strung up to dry, come here to apologise, grovelled out the door on hands and knees and beaten on the way out, frankly.

“Because, to be honest with you, this is appalling, what they have done.

“It is appalling because what they did was bounce the Government, and they bounced the Government because I’d like to think that the Government would have then spent its time investigating the data that was being presented to them that has now subsequently unravelled in the last few days.”

Sir Iain told MPs he would not vote for the Government’s proposals as he believes the tier system is working.

He said: “When Sage start talking about 4,000 deaths to be reached by December, it is now quite clear that even (chief medical officer) Professor (Chris) Whitty has said yesterday ‘I think all of us would say that the rates would probably be lower than the top peak. I think there has been some rather overblown rhetoric on this’.

“Well, it was their overblown rhetoric, in case he’d missed the point.

“And the reality about this is that figure has turned out to be incorrect. Professor Tim Spector of King’s College London has said that the rate now is at 1, he believes, falling after some plateauing, and there is growing evidence that across the board the tier system is beginning to work.”

He added: “This decision, I believe, was not necessary now. I believe the Government can use the tier system to make sure that we do press down on it.

“And the evidence from all those areas that we have looked at – Liverpool and the North West – is that we are beginning to see this come down.”