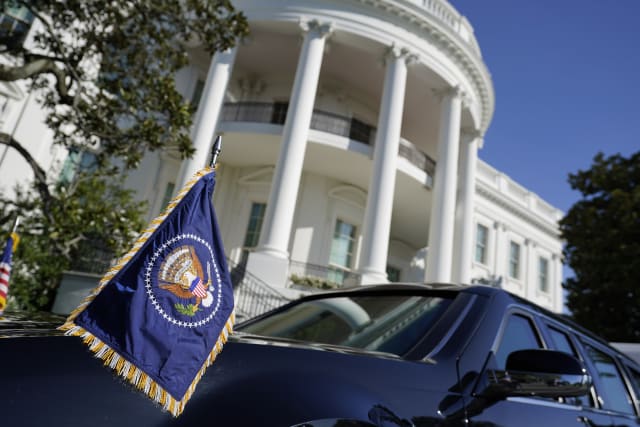 Donald Trump and Joe Biden both still have the chance to take the White House, with only a handful of states yet to report their votes.

Eight states still have to report results in the 2020 US presidential election, representing 87 Electoral College votes – including one in Maine.

Both candidates are aiming for the 270 votes needed to win, but the result may not be known for some time following a wave of postal votes due to the pandemic.

While some states were able to begin counting mail-in votes prior to Election Day, others were not and the reporting of votes may be delayed.

Pennsylvania Governor Tom Wolf has warned “we may not know the results today”, tweeting his state has more than one million ballots to be counted.

Shortly before 9am on Wednesday, Mr Biden had a lead of 238 Electoral College votes compared to Mr Trump’s 213.

The former vice president’s easiest route to the Oval Office is to win some of the remaining states with the largest Electoral College votes – North Carolina (15), Georgia (16), Michigan, (16) and Pennsylvania (20).

Winning Pennsylvania and one other larger state would give Mr Biden the 32 votes needed to pass the 270 threshold.

Out of the remaining states, only Nevada voted for Democrat candidate Hillary Clinton in 2016.

But the southern state of Arizona, one of the later states to report votes and one that has only backed a Democrat in the race once in 72 years, was a major victory for Mr Biden.

However, even if he wins the election, Mr Biden may not have a smooth road to the White House.

Before all votes were counted, Mr Trump insisted he had won and said he will go to the Supreme Court to get counting stopped.

He said: “This is a fraud on the American public, this is an embarrassment to our country.

“So our goal now is to ensure the integrity – for the good of this nation, this is a very big moment. This is a major fraud on our nation.”

Mr Trump has also alleged the Democratic Party is attempting to “steal the election”.

The current president could win the election with the final states to go.

Wins in Georgia, Alaska, North Carolina, Pennsylvania and Michigan, which all voted for him in 2016, would give Mr Trump an additional 70 votes, taking him to 283 votes.

A win in these states and Wisconsin but a loss in Pennsylvania would lead to a narrow victory for Mr Trump, with 273 votes.

This would leave Mr Biden with only 265 votes, provided he takes wins in Nevada and the final vote in Maine.

There is a similar picture in Georgia, with a 51/48 split after 93% of votes were reported.

At a midnight gathering, he said he would win Michigan “so easily” as he rallied supporters.