Crispin Odey steps down from hedge fund after 29 years 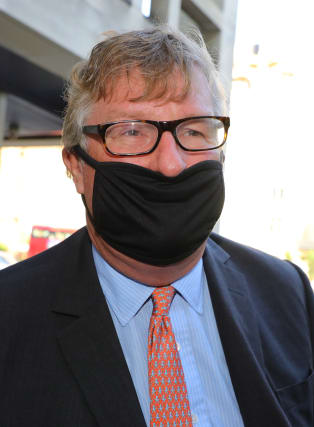 Crispin Odey, one of the best-known UK hedge fund managers, has stepped down as chief executive of the company he founded 29 years ago.

The 61-year-old said he will now focus on managing his own funds, handing over the reins of Odey Asset Management to co-chief executive Timothy Pearey, who has been in the joint role for the past five years.

Mr Odey’s move comes months after he was charged over an alleged indecent assault.

He appeared at Westminster Magistrates’ Court in London in September, where it was alleged that he “engineered” a situation whereby he could invite a junior employee from a major investment bank back to his Chelsea home on July 13 1998.

He is then said to have changed out of his suit into a dressing gown and “launched himself” at the complainant, pushing his hand inside her blouse to grab her breast and putting his hand up her skirt.

Mr Odey denied one count of indecent assault and the case has been listed for a two-day trial at Hendon Magistrates’ Court in February.

In a statement at the time, he said: “I’m pleased that the magistrates have agreed to hear this historic matter quickly.

“I look forward to having the facts heard and maintain the allegation is untrue.”

On the decision for Mr Odey to step down as chief executive, Mr Pearey said: “We have been planning for the next phase of OAM’s development for some time, while always mindful of fostering and maintaining the investment-led and performance-driven culture that has driven its success these past three decades.”

A new fund will be launched, run by Mr Odey, which will focus on protecting cash from inflation, which the company believes could rise.

He said: “The markets will continue to be very testing over the next few months as inflationary factors start to make themselves known.”

The company’s main European fund has struggled in 2020, falling 24% this year, with losses against bets on Tesla shares hitting hard.

Mr Odey, who is worth about £800 million, according to the Sunday Times Rich List, has been a vocal Brexit backer and has courted controversy over the course of his career through his investment strategies.

On the day after the 2016 EU referendum, he told the BBC: “Il mattino ha l’oro in bocca” – “The morning has gold in its mouth” – after netting £220 million betting against the pound.

In 2008, he earned £28 million after successfully predicting the credit crunch, and backed a no-deal Brexit, but denied he was doing so in order to profit from a fall in the value of British companies.