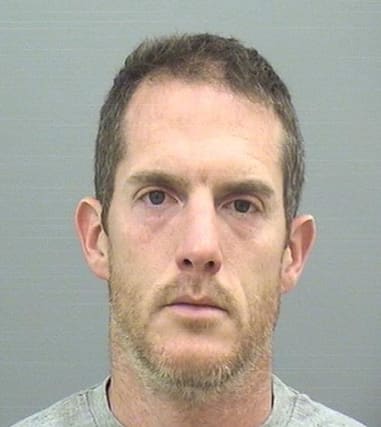 The Attorney General is to review the sentence given to “womanising” police officer Timothy Brehmer, who was jailed for strangling his long-term lover.

The married Dorset police constable was sentenced to 10-and-a-half years’ imprisonment at Salisbury Crown Court last week after being convicted of causing the death of mother-of-two Claire Parry.

The 41-year-old was cleared by a jury of murder but had previously pleaded guilty to manslaughter.

A spokesman for the Attorney General’s Office confirmed that it had received a complaint under its Unduly Lenient Sentence (ULS) scheme.

He said: “We have received a request for the sentence of Timothy Brehmer to be reviewed under the Unduly Lenient Sentence (ULS) scheme.

“The Law Officers have 28 days from sentencing to consider the case and make a decision.”

Mrs Parry, 41, died during a “kerfuffle” in Brehmer’s car in the car park of the Horns Inn in West Parley, Dorset, on May 9 this year.

Brehmer claimed the married nurse accidentally suffered the fatal injury while he was trying to push her out of his Citroen car so he could drive away.

Trial judge Mr Justice Jacobs said he sentenced Brehmer for manslaughter on the basis that he “lost control” after Mrs Parry sent the text message to his wife, Martha, also a police officer.

“I am sure that you did deliberately take Claire Parry by the neck, applying significant force with your forearm or the crook of your elbow for a period of time while she struggled against you, thereby causing the severe neck injuries which the pathologist described,” he said.

The judge said that as a “trained and experienced” road traffic police officer, Brehmer would have known Mrs Parry was seriously injured.

“Yet you did nothing to try to help Claire Parry. You did not ask her how she was. That was because you knew how she was,” the judge said.

Brehmer, of Hordle, Hampshire, will serve two-thirds of his sentence in prison before he can apply for parole.