What the papers say – November 4 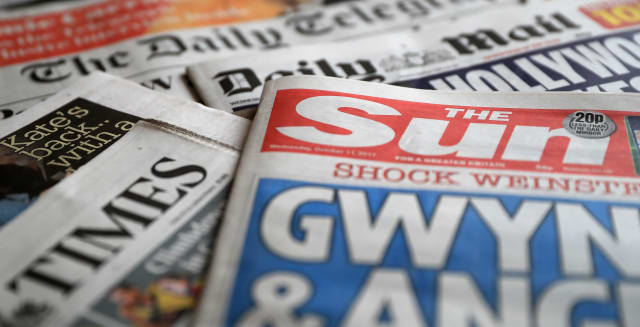 America goes to the polls and the front pages across the UK, while the promise of a coronavirus vaccine before Christmas is also making headlines.

The Times reports the US “decides its fate” as a record number of voters exercise their democratic right in what The Daily Telegraph calls a “massive turnout”.

The Independent covers the election across the Atlantic under the headline “America has its say”, while The Guardian casts it as the “battle for America’s soul”.

The Daily Star says it “fell asleep” during the poll but was certain that the result would be “old fart wins election”.

The Daily Express claims doctors are “on standby to give Covid vaccine next month”, with the i also reporting the jab will be given to over-85s and frontline workers from the start of December.

The Daily Mirror says England’s chief medical officer Professor Chris Whitty has provided a “ray of hope” by suggesting lockdown could be over by Christmas due to the promised vaccine in a story also carried by Metro.

The Daily Mail says the BBC will investigate “Diana TV lies”, with Earl Spencer insisting on an independent probe into the Panorama interview with the late princess.

And the planned stock market debut of the world’s biggest online finance company Ant Financial has been suspended in Shanghai and Hong Kong, according to the Financial Times.