Veterans should not be protected from torture investigations, says ex-minister 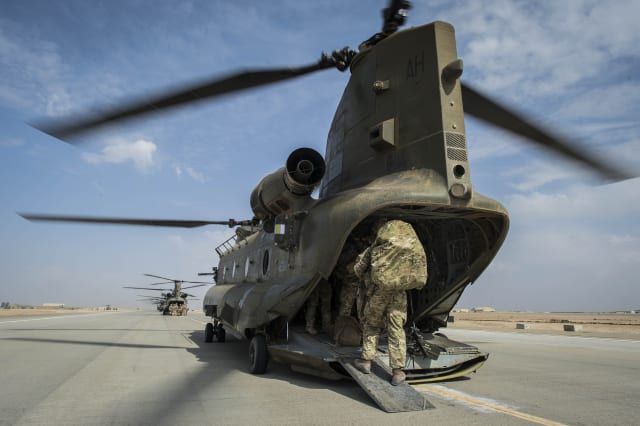 Veterans should not be protected from investigations into allegations of torture, a Conservative former minister has said.

David Davis said torture should be excluded from the remit of the Overseas Operations (Service Personnel and Veterans) Bill, alongside rape and sexual violence.

The Government believes the new legislation will ensure service personnel will be protected from “vexatious claims and endless investigations”.

But campaigners and some senior military figures have warned that the legislation will create a presumption against prosecution of torture and other serious crimes, except rape and sexual violence.

Speaking during the report stage debate on the Bill, Mr Davis told the Commons: “The Judge Advocate General, who I described earlier, has said the following – ‘In my view, what this Bill does is exactly the opposite of what it is trying to do.

“‘What it is trying to do is stop ambulance-chasing solicitors and vexatious and unmeritorious claims. The minister has quite rightly said we want rigour and integrity.

“‘What it actually does is increase the risk of service personnel appearing before the International Criminal Court. That is why I said it was ill-conceived’ – that is the Judge Advocate General, the most expert person in the country on this subject.

“And he also described, incidentally, the Bill as bringing UK armed forces into disrepute.

“Now, if the Government really thinks that schedule one did not make justice more difficult to deliver then it would not have excluded sexual offences from the remit of the Bill.

“If it is not difficult to get a prosecution, why exclude any category? It was right to exclude and it should also exclude torture on exactly the same grounds – and that is the point of the amendment in my name and in the name of many others.”

The Government is seeking to limit false and historical allegations arising from overseas operations by introducing a statutory presumption against prosecution, making it exceptional for personnel to be prosecuted five years or more after an incident.

Former Labour defence minister Kevan Jones said the Government’s proposals to protect armed forces personnel from vexatious prosecutions “do nothing of the sort”.

He told the Commons: “I put amendments in committee which were pushed aside and we’re going to go ahead with what we’ve got now which will be a flawed Bill.

“Once it’s passed, it will lead to a situation whereby a lot of people think they’ve got protections when frankly it will do nothing of the sort because it will not stop investigations and reinvestigations.”

He added: “This Bill will do nothing in terms of speeding up or ensuring those reinvestigations do not occur and that is the key problem, not in prosecutions because the actual number of prosecutions is very small.”

He told the Commons: “It is absolutely clear that this Bill is intended to go some way towards meeting that and I do have a criticism of this Bill, I don’t believe it goes far enough.”