Testing a whole city for Covid-19 – but how will it work? 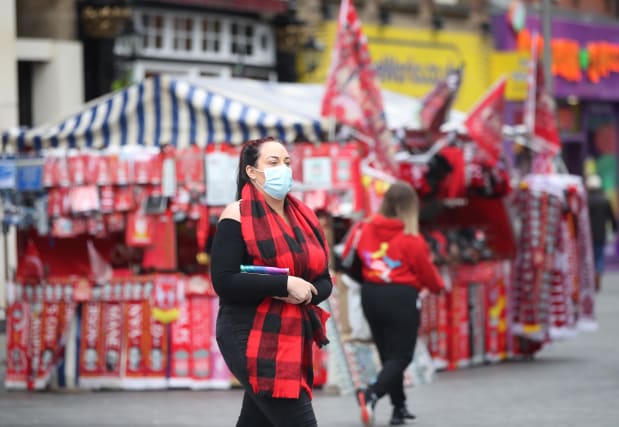 The Government has announced plans for city-wide testing of the people of Liverpool.

But what does it mean and how will it work?

– What has the Government announced?

Coronavirus tests are to be offered to everyone across Liverpool in a pilot of mass testing in England.

Anyone living or working in the city can be tested regularly from Friday, even if they have no symptoms.

– What kind of tests will be used?

Testing will be carried out using a combination of existing tests, as well as new rapid turnaround lateral flow tests.

– Where can people get a test?

Testing will be carried out at new and existing sites across the city, including in hospitals, care home settings, schools, universities, workplaces and using at-home kits.

People can book a test online, by walk-up, or by invitation from the local authority.

Liverpool City Council will set out later this week how residents and workers will be able to access the tests.

– How will people get their test results?

Results will be received from NHS Test and Trace via text and email. Those who test positive and their contacts will be asked to self-isolate in the usual way.

– How often will people be able to be tested?

The exact details are yet to be revealed but Housing and Communities Secretary Robert Jenrick said people could be tested on a “regular basis”.

He told BBC Breakfast: “The offer to the people of Liverpool is clear, which is that anyone can be tested regardless of whether you have the symptoms or not, and we will make available enough testing capacity to do that on a regular basis.”

– What difference will this make?

Mr Jenrick said: “This will mean that we’ll be able to get on top of the virus faster, understand where there are positive cases and ask those people to self-isolate, to properly contact trace everyone they’ve been in contact with and get a much better picture of what’s happening with the virus, where it is within the city.”

– Will this be confined to Liverpool?

Liverpool is the first city in England to have mass testing.

It is a pilot scheme designed to see whether testing a whole city can work.

Ministers hope to roll out the system to other towns and cities if it is successful.

Liverpool has already been hit hard by the second wave of Covid-19.

But the city could have been chosen for the pilot because it has already faced weeks of social restrictions.

It was initially put into a local lockdown banning mixing between households indoors at the start of October.

Then, a couple of weeks later, ministers announced that Liverpool and the neighbouring five boroughs which make up the city region would be put into Tier 3 restrictions.

People’s social contact was severely limited and many hospitality venues were forced to temporarily close or limit services.

– What is the current situation with Covid cases in Liverpool?

Professor Carl Heneghan, director of the Centre for Evidence-Based Medicine at the University of Oxford, said cases have halved in the city.

He told BBC Radio 4’s Today programme: “The data in Liverpool is showing cases have come down by about half, (hospital) admissions have now stabilised.

“So, yes, there is a problem in Liverpool.

“But, actually, the tier restrictions … the people in Liverpool have dropped cases from about 490 a day down to 260 a day – a significant drop.

“The R value is well below one in Liverpool at this moment in time.”