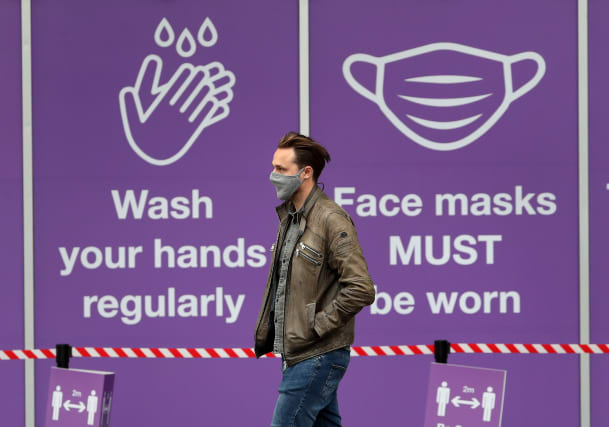 Nicola Sturgeon has called for “a level playing field” over the UK Government’s furlough scheme if a second lockdown becomes necessary in Scotland.

Prime Minister Boris Johnson said on Monday that the scheme will be “available” to parts of the UK if they implement measures that require it.

But on Tuesday morning, Communities Secretary Robert Jenrick appeared to contradict that when he told Sky News it would be a “decision the Chancellor will have to make at the time.”

Speaking during the Scottish Government’s daily coronavirus briefing on Tuesday, Ms Sturgeon said she had not had confirmation from the Treasury that the scheme can continue beyond December 2 – the end of lockdown 2.0 in England – at 80% of wages.

On Monday, Scotland implemented a five-tier system of coronavirus restrictions.

The First Minister said she plans to stick to a scheduled review date next Tuesday, despite the uncertainty over the furlough funds.

Speaking as 28 Covid-19  deaths and 999 positive tests were recorded in Scotland in the past 24 hours, she did not rule out moving parts of Scotland into higher tiers if it became necessary.

“I’m going to try to stay on a sensible, rational path here,” she said.

“It is in nobody’s interest for public health decisions to be distorted by the need to to effectively try to game a financial system.

“We should all have access to the same financial support.”

She called for a “level playing field” with no part of the UK disadvantaged.

The First Minister told the briefing: “The Prime Minister appears to have agreed yesterday that access to the furlough scheme at the higher level of 80% of wages will be available to Scotland after December 2 if that is required.

“I welcome that commitment, though I do so with a necessary degree of caution.

“We haven’t yet seen any detail of what that commitment means when translated into hard practice and in particular we have not yet had confirmation from the Treasury that continuation of furlough in Scotland beyond December 2 would be at the 80% level.

“We have always known there would be some form of furlough scheme continuing after December 2, that has never been the point at issue, the point is at what level and we await confirmation it will be on the same basis, eligibility and the 80% level that will apply throughout November.”

Ms Sturgeon said there has been “some doubt cast over the Prime Minister’s comments by another member of the Cabinet in a television interview this morning”.

She added: “Not withstanding that, we still hope the Prime Minister’s commitment will hold and that furlough payments will be available after December 2 on the same terms they are being made available in November.

“With vitally important decisions having to be made by all governments day after day, just now it is not helpful for any of us to be distracted by a lack of clarity from the Treasury and it is obviously far from ideal … if vital public health decisions for Scotland, Wales or Northern Ireland have to be in any way distorted by the need to access financial support that only takes account of the situation in England.”

She told BBC’s Good Morning Scotland programme: “The problem is that this has been a theatrical shambles from the beginning, they could have given us an answer on Saturday night, when Scottish businesses were worried about what it would mean for them.”

Ms Sturgeon also told the briefing the last few weeks “appear to show the increase in cases slowing down”, describing this as “good” and “positive”.

But she said the percentage of people tested who have been found to be positive for Covid-19 remains high and stressed: “We can’t be complacent.”

“While we hope this will not be the case, that analysis means we cannot rule out having to move some areas of the country to level 4 for a period.”