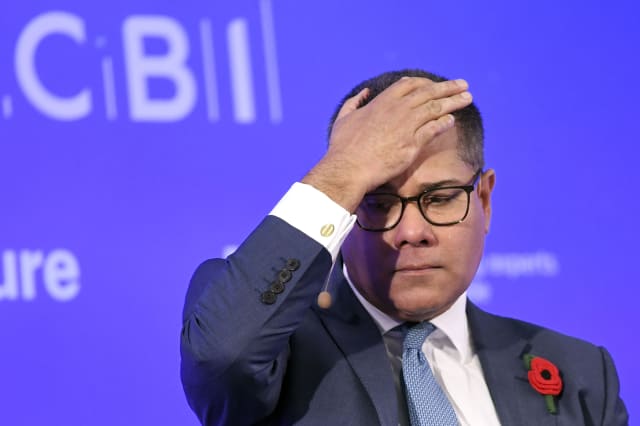 Business Secretary Alok Sharma travelled to South Korea on Government business only days after coming into contact with staff who later tested positive for Covid-19, it is understood.

The Cabinet minister was in close contact with at least one member of his private office last month at the Department for Business, Energy and Industry Strategy (BEIS) who later was diagnosed with coronavirus, a source has told the PA news agency.

Mr Sharma travelled to South Korea in the days after the contact, tweeting about meetings he was holding in the country as of Monday October 26.

According to The Guardian, it was while in Asia that he learned of the positive case among his inner circle but, despite the development, opted to continue meeting foreign dignitaries.

Aides have insisted Mr Sharma tested negative for coronavirus both before and after his time in South Korea and that safe working guidelines were followed while on the trip, allowing him to return to his office afterwards.

Mr Sharma, who is president of the COP26 UN climate change conference set to be hosted by the UK in Glasgow next year, last week met UN general secretary Ban Ki-moon, South Korean ministers, as well as the acting mayor of Seoul and South Korean National Assembly members working on the Green New Deal, according to his posts on social media.

A spokeswoman for the Business Secretary said: “Mr Sharma has followed Government guidelines at all times.

“He had no close contact with the individual prior to his departure and has not been told to self-isolate by NHS Test and Trace.

“As required when travelling to South Korea, the Business Secretary was tested in the UK prior to departure and again on arrival in South Korea. Both tests returned negative results.

“Mr Sharma followed the local guidelines at all times during his visit.”

The Prime Minister’s official spokesman told reporters he was not aware that staff in the Business Secretary’s office had tested positive for Covid but insisted that all ministers followed social distancing guidelines.

“The Secretary of State, like all members of the Government, follows the guidance on Covid and self-isolation,” the Downing Street official said.

He confirmed Mr Sharma attended Tuesday’s Cabinet meeting at the Foreign Office in person, where ministers were “socially distant” throughout.

The Guardian reported that unions representing civil servants have written to BEIS to express “extreme concern” following the confirmed cases in Mr Sharma’s office and two other alleged cases among department staff.

The letter, sent jointly by the Public and Commercial Services (PCS) Union, FDA and Prospect, warned that the positive cases had “recklessly put a number of people at risk who could otherwise have been working from home” and called the situation “unacceptable”, according to the paper.

But the department said the office on Victoria Street in Westminster was a “Covid-secure workplace” and that staff in Mr Sharma’s office followed strict social distancing guidelines, sitting at least two metres apart and at desks distributed over two locations on the floor.

The BEIS office was also deep cleaned after authorities were alerted to the positive result, the department said.