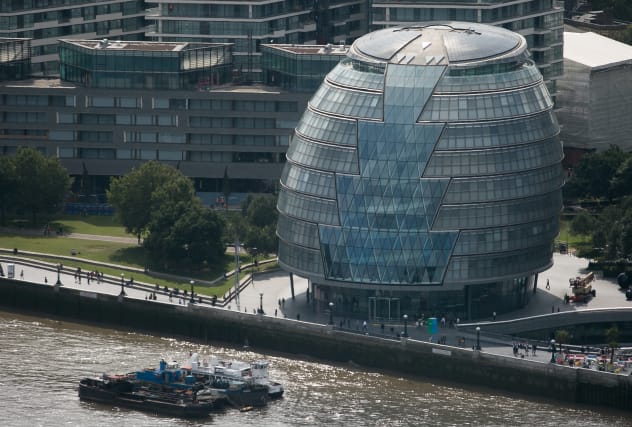 Mayor of London Sadiq Khan has confirmed the Greater London Authority will be relocated to the city’s Docklands in a bid to save the administration £61 million over the next five years.

The decision, suggested in June as part of efforts to fill a black hole of almost £500 million in the capital’s budget following the coronavirus pandemic, will see the GLA swap its eye-catching City Hall location next to Tower Bridge for The Crystal building in the Royal Docks, one of the city’s key regeneration areas.

Mr Khan said he realised the unusually shaped City Hall, dubbed the “glass gonad” by Boris Johnson when he was mayor, was a “landmark building for many” but argued that he had to put services before real estate because of his “severely limited budget resources”.

The Norman Foster-designed City Hall was constructed at a cost of £43 million and opened in 2002.

The mayor believes the current rent is above market value and set to rise to £12.6 million after December 2021.

The GLA already owns The Crystal, which has an “outstanding” rating for environmental sustainability, meaning lower running costs.

Mr Khan said: “My first priority will always be to protect funding for frontline services for Londoners.

“Given our huge budget shortfall, and without the support we should be getting from the Government, I simply cannot justify remaining at our current expensive office when I could be investing that money into public transport, the Met Police and the London Fire Brigade.

“The alternative to considering this move would be to cut the frontline services Londoners rely on.”

The former MP said the shift eastwards would provide an “opportunity to turbo-charge the regeneration” of the Docklands “just as the opening of City Hall did for its surroundings”.

The Crystal will be renamed City Hall as part of the shake-up, with staff to be given the opportunity to work from home “regularly” following the success of home working during the pandemic, according to a spokesman.

The proposal includes the option for London Assembly members to remain in central London, but even if this is taken up, the business of the assembly will be conducted at The Crystal.

A number of teams will be based at The Crystal while the GLA will also occupy a second floor at London Fire Brigade’s HQ in Union Street, Southwark.

A spokesman said the mayor consulted on the relocation with the London Assembly, the Unison union and GLA staff, as well as others, before finalising the decision.