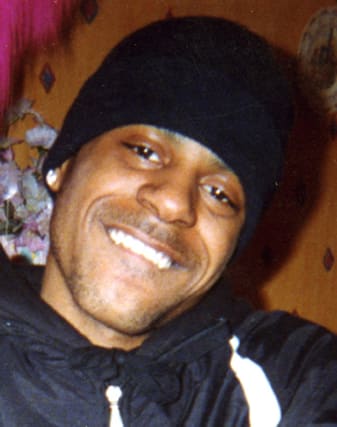 The mother of a 22-year-old man murdered in south London 11 years ago has urged anyone with information to do the “right thing” and come forward.

Scotland Yard said a new £20,000 reward was being offered for information about the killing of Daniel Duke, who died after being shot in the back three times.

In a renewed appeal on the 11th anniversary of his death, his mother Khadija Samuels said her family’s life had been “devastated by losing Daniel” and each year they hoped someone would come forward with new evidence.

Despite his injuries, he managed to call 999 and tell the operator he had been shot, before staggering a short distance to a nearby house and banging on the front door.

Mr Duke then collapsed outside and was taken to hospital, where he died in the early hours of the next morning.

The 22-year-old’s murder remains unsolved and is being investigated by the Met’s Specialist Casework Team, part of Central Specialist Crime.

Appealing to anyone with any information, Ms Samuels told the PA news agency: “I would say to them that our life has been devastated by losing Daniel.

“The things we took for granted, having him walk into a room, having him give you a hug, his laughter and all those kinds of things, we no longer have. Our reality is going to a cemetery, laying flowers.

“If you know Daniel and you consider yourself a friend of his, I want you to do the right thing, because it’s time now.

“It’s been 11 years and you have kept that secret to yourself for 11 years.”

As part of the renewed appeal, the Metropolitan Police are re-releasing CCTV stills of two men that detectives believe could be potentially significant witnesses they want to identify and speak to.

The stills were taken within a few hours of the murder from a petrol station on Camberwell Road, which the force said is close to where a silver Ford Mondeo which sped away immediately after the shooting was later found burnt out.

Ms Samuels said not knowing the facts around her son’s death or why he was killed meant the family did not have any closure.

“Because every single year we hold out some hope that somebody will come forward with new evidence and that we can get what we think might be closure,” she said.

“From the very first time I was told he was shot, that was the question I was asking – why? Why was Daniel shot? And I never did get the answer.”

Two men, both aged 21, were found not guilty of the 22-year-old’s murder in 2010 after a trial at the Old Bailey, while an 18-year-old man was convicted of possession of a firearm and ammunition and jailed for three and a half years.

Detective Sergeant Susan Stansfield, leading the investigation, said: “It is now 11 years since Daniel was brutally murdered but we remain committed as ever to finding his killer.

“His untimely death has left his family utterly devastated and with no answers about who shot Daniel and why, their grieving and sense of loss remains.”

Anyone with any information is told to contact 101 quoting Operation Traxler, or can give information anonymously by calling Crimestoppers on 0800 555 111.