Man arrested on suspicion of rape of teenage girl 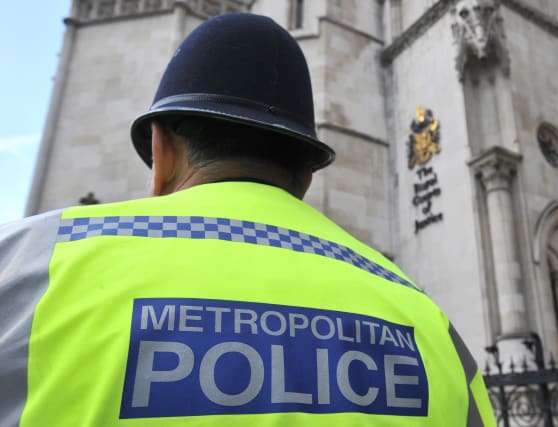 A 26-year-old man has been arrested on suspicion of rape after police appealed for a suspect to hand himself in.

The Metropolitan Police earlier named Kadian Nelson, 26, as a suspect in the rape of a young girl in Mitcham, south-west London, and urged him to come forward for his own safety.

Police asked local residents not to take the law into their own hands after angry groups gathered at addresses in the area after news of the incident spread on social media.

At 8.02pm a man was arrested at Robinson Road, Tooting, following a call from a member of the public.

The arrest follows an incident in the North Place area of Mitcham, near Colliers Wood, shortly after 7am on Tuesday.

Mitcham and Morden MP Siobhain McDonagh tweeted a statement about the incident, in which she referred to a video circulating online of a woman following and confronting a hooded man walking away with a girl.

The woman can be heard asking the man whether he knows the girl, before he walks away, and the girl is heard crying “thank you, thank you”.

Ms McDonagh said in the statement: “My heart goes out to the young girl who was abducted in Mitcham on her way to school this morning.

“The extraordinary bravery of a lady who followed and filmed them has almost certainly saved the victim from even further distress and has provided the police extremely important evidence for what I sincerely hope will be the swift apprehension and the early arrest of the attacker.”

Detective Superintendent Owain Richards said earlier: “I recognise that this is a shocking and distressing incident and emotions locally are running very high.

“We are of course aware of videos and images circulating on social media, and of groups of people attending various addresses.

“I urge those people to go home.

“Do not try to take the law into your own hands or you may end up doing something you regret and potentially face police action yourself.”

A Section 60 stop and search order in the Merton and Wandsworth boroughs remains in place.

Mr Richards added that “people are asked to please be mindful of sharing information via social media that could identify the alleged victim, or affect any potential future proceedings”.

Any witnesses or those who have information that could assist police are asked to call 101 ref CAD 1063/ 3 Nov.