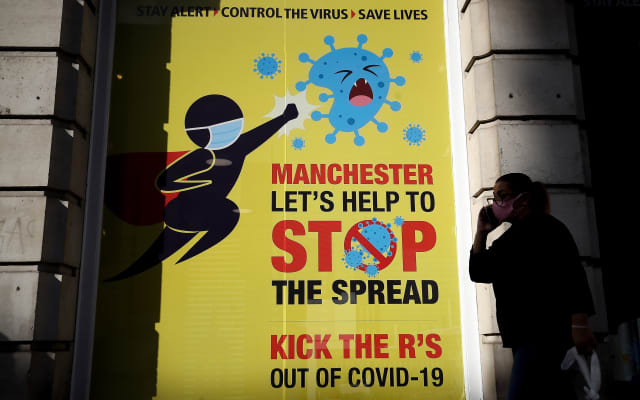 Residents in Greater Manchester believe the Government is treating the south of England better than the North in its response to coronavirus, a poll has found.

A YouGov survey commissioned by BBC North West after the city was placed into Tier 3 showed that 67% of people asked thought that the South was being given better treatment – with only 1% believing the opposite was true.

Greater Manchester was moved into the highest alert level in October after more than a week of negotiations between local leaders and the Government about restrictions and financial support packages failed to reach an agreement.

The region’s mayor, Andy Burnham, accused the Government of treating the North with “contempt” as the row erupted over the proposed restrictions.

At the weekend, regional mayors said Prime Minister Boris Johnson had shown that he thinks voters in the North are worth less than those in the South after announcing an extension to the furlough scheme as part of national coronavirus restrictions that was not offered to those regions placed in Tier 3.

The poll, of 1,028 people, found that 70% of respondents believe the Government is handling Covid-19 badly; and 61% disapprove of Mr Johnson’s handling of the issue, with 67% having either not much or no confidence in the Prime Minister making the right decisions.

A total of 60% support England going into a national lockdown, with 48% believing that decisions around lockdown measures should happen at the same time for the whole of England, even if some areas are at different levels than others at reducing the spread of the virus.

More people approved of Mr Burnham’s handling of the coronavirus situation than Mr Johnson’s – with 56% supporting Mr Burnham, compared with just 23% approving of the Prime Minister, and 58% trusting the mayor to make the right decisions.

They also supported the move into Tier 3 for Greater Manchester – with 54% approving of the tougher restrictions – but only 26% thought it would be effective at reducing the spread of coronavirus.