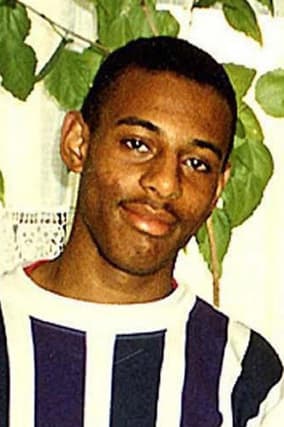 Watchdog the Independent Office for Police Conduct (IOPC) said it has passed a file of evidence to prosecutors to consider whether they should be charged over alleged misconduct in public office.

All four ex-Metropolitan Police officers held senior roles in the first few weeks of the original investigation into the 18-year-old’s murder, the IOPC said.

Regional director Sarah Green said: “Following thorough and careful analysis of the evidence, we have decided there is an indication that four former officers may have committed the offence of misconduct in public office in relation to their actions and omissions prior to the arrests of the five key suspects for Stephen’s murder in 1993.

“We will be providing a full file of evidence to the Crown Prosecution Service (CPS) over coming days.

“It is important to note that a referral to the CPS does not necessarily mean that criminal charges will follow.

“It will now be for prosecutors to determine, applying the tests set out in the Code for Crown Prosecutors, whether charges should follow and, if so, for whom and what those charges may be.”

Stephen was murdered by a gang of racists in Eltham, south-east London, in April 1993, as he ran to catch a bus with his friend Duwayne Brooks.

Only two of his killers – Gary Dobson and David Norris – have ever been brought to justice.

The original investigation into his death was hampered by institutional racism in the Metropolitan Police, and claims that corrupt officers had sought to protect Norris, whose father Clifford Norris was a notorious drug dealer.

Last year ex-detective sergeant John Davidson was cleared by the IOPC of any corruption, having faced claims that he was in the pay of Clifford Norris.

The IOPC directed a spin-off investigation into the handling of the early stages of the investigation, and it was carried out by the National Crime Agency (NCA).

One issue under consideration was the two-week delay in making any arrests after Stephen’s death, despite suspects being named by anonymous informants the day after he died.

Ms Green added: “This has been a vast and comprehensive investigation by the NCA, involving the gathering and analysis of several million pages of information and intelligence spanning over 27 years since the racist murder of Stephen Lawrence and the attack on Duwayne Brooks on April 22 1993.

“NCA investigators have also interviewed over 150 people including serving and former police officers and staff involved in the original murder inquiry, relevant witnesses and others, including journalists with in-depth knowledge of the original investigation.”