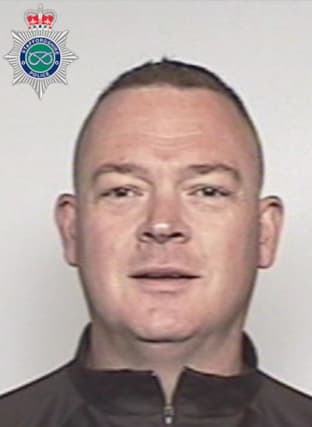 An ex-police officer who once appeared in a television documentary has been jailed after admitting sex offences involving children.

The 54-year-old, who appeared in a 2016 airing of Cops UK: Bodycam Squad, previously admitted attempting to engage in sexual communication with a child and four counts of making indecent images of a child.

He had been five hours into a shift when he engaged in the chat with an individual he believed to be a 13-year-old boy.

Tatton, then a serving constable based at the force’s northern resolution centre which carries out desk-based investigations, was arrested in December 2019 by officers with Staffordshire Police’s dedicated online child sexual abuse inquiry team.

The images were then found on his mobile phone, during a search of his home.

He was sacked from the force after a gross misconduct hearing on September 21.

Deputy Chief Constable Emma Barnett, speaking after Tatton’s sentencing, said: “Throughout this investigation, the priority has been the welfare, protection and wellbeing of the children involved.

“All officers and staff are held to the highest standards of behaviour and Lee Tatton abused the position of trust afforded to police officers.

“He is serving a custodial sentence which reflects the seriousness of his criminal behaviour and he has been dismissed as a police officer.

“He has brought shame on himself and he does not represent the vast majority of colleagues who I know will be appalled by his behaviour.”

Tatton was also made subject of a seven-year sexual harm prevention order, and ordered to sign the sex offenders register.

Catastrophic moral failure if vaccines not delivered fairly – WHO