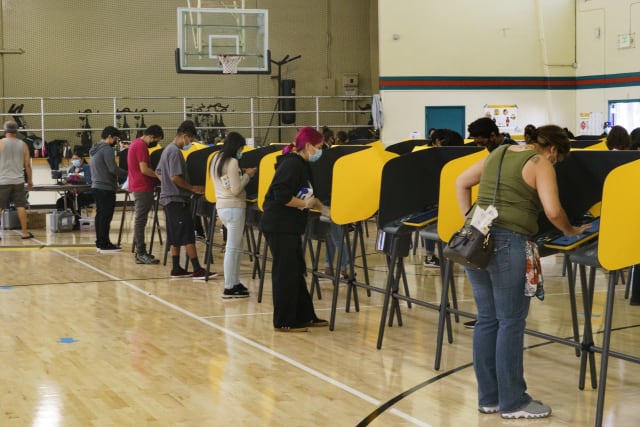 Ms McBride won the race for the Delaware senate during Tuesday’s general election, making her the first transgender person to hold office in the state’s upper chamber.

“I hope tonight shows an LGBTQ kid that our democracy is big enough for them, too.

“As Delaware continues to face the Covid crisis, it’s time to get to work to invest in the policies that will make a difference for working families.”

While she joins a handful of other transgender legislators around the country, she is the first transgender person to hold the office of state senator.

She ran on a platform with policies including paid family and medical leave for all workers, reducing costs and increasing competition in the health care industry and strengthening public schools.

While in college at American University, she interned in the Obama White House, becoming the first openly transgender woman to work in the White House in any capacity.

Ms McBride, a transgender rights activist, has played a crucial role in the fight for LGBTQ+ discrimination protections in her state of Delaware and has lobbied for the Equality Act to extend protections nationwide.

For her efforts advancing equality in Delaware, former Governor Jack Markell awarded Sarah the Order of the First State, making her one of the youngest Delawareans granted the state’s highest civilian honour.

She released a memoir in 2018, entitled ‘Tomorrow Will Be Different’, which earned acclaim from Democratic presidential candidate Joe Biden. It recounted her experiences fighting for equality in America, as well as her relationship with her late husband Andrew Cray, for whom she was a caregiver throughout his cancer battle.