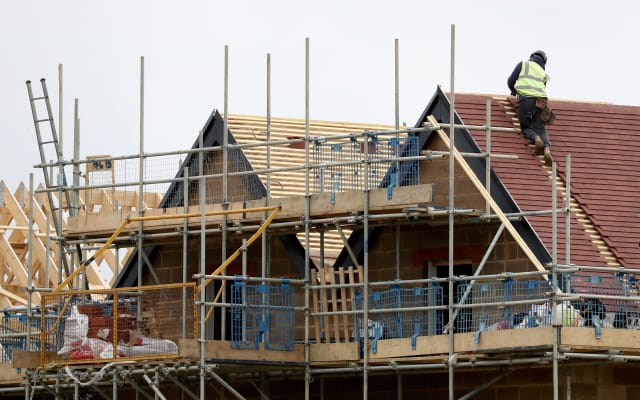 Housebuilder Crest Nicholson has increased its full-year profit outlook thanks to the booming property market, but warned over “fresh challenges” ahead of the new national lockdown.

The group said the hit on 2019-20 results from the pandemic will now be lower than first feared, with profits set to be “significantly” higher than the £37.9 million expected in the City for the year to October 31.

It is now guiding for pre-tax profits at the upper end of the £35 million to £45 million range – though it will still be a sharp fall from the £121.1 million posted the previous year.

Crest also announced plans to resume dividend payments in the first half of its new financial year as it benefits from a buoyant housing market, boosted by the stamp duty holiday and pent-up demand since the spring lockdown.

Chief executive Peter Truscott added a note of caution in the face of the new lockdown across England, but insisted the housing market would remain “resilient”.

“The introduction of another national lockdown will undoubtedly bring fresh challenges, but we welcome the Government’s support to maintain construction activity and for the housing market to remain open for business,” he said.

“We expect the housing market to remain resilient to the impacts of Covid-19 and as such we are well positioned to capitalise on that demand, particularly considering our product range and focus in Southern England,” he added.

Crest said reservations are slightly ahead of pre-spring lockdown levels, with forward sales also higher than a year earlier, at 2,289 homes or £480.5 million at October 31 against £378 million in 2019.

As well as the surge in buyer demand and prices since the first lockdown, Crest also thanked its turnaround for helping limit the impact on full-year profits.

The group announced in June that it was axing around 130 jobs or 13% of its 1,005-strong workforce in an overhaul to slash costs further.

This came less than six months after Crest had already announced a shake-up in January to save £30 million and get its financials back on track.