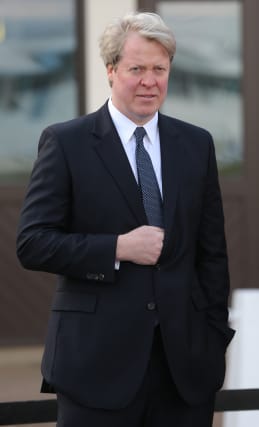 The BBC is to investigate allegations made by Earl Spencer that he was shown "false bank statements" to help encourage his sister Diana, Princess of Wales, to give an interview to the Panorama programme.

Diana sent shockwaves through the monarchy in 1995 when she told the BBC documentary "Well, there were three of us in this marriage, so it was a bit crowded," a reference to Camilla Parker Bowles – whom the Prince of Wales later married.

The circumstances behind Diana agreeing to be interviewed by reporter Martin Bashir prompted a BBC investigation at the time and a recent Channel 4 documentary.

In the weeks before the programme the earl was approached by Mr Bashir and, in what are believed to be new details, Diana's brother Charles now claims he was shown "false bank statements" that related to alleged payments made to two members of the royal household by the security services.

Allegations that other false financial documents relating to a former employee of the earl were produced, were examined by the BBC investigation in the 1990s, as it tried to determine whether or not the princess had been misled – with a key piece of evidence, a note, suggesting she had not.

Mr Bashir, now the BBC's religion editor, is seriously ill with Covid-related complications and is not in a position to respond to the earl's allegations, the BBC has said.

It is understood the earl and the BBC have been conducting a dialogue through correspondence, and the corporation's director-general Tim Davie has apologised to the earl for the events of 25 years ago.

In light of his new claims, the princess' brother has called for an apology from the BBC "directed posthumously to Diana; to all who were so grossly lied to – including a global audience; and to me", in part of the correspondence published in the Daily Mail.

A BBC spokeswoman said: "The BBC has apologised. We are happy to repeat that apology. And while this was a quarter of a century ago, we absolutely will investigate – robustly and fairly – substantive new information.

"We have asked Earl Spencer to share further information with the BBC.

"Unfortunately, we are hampered at the moment by the simple fact that we are unable to discuss any of this with Martin Bashir, as he is seriously unwell. When he is well, we will of course hold an investigation into these new issues."

The earl claims in his letter that the BBC's earlier investigation into whether Diana had been misled, conducted by Lord Hall, then the director of BBC news and current affairs and later director-general, was a "whitewash".

He wrote: "I am now formally asking for the BBC to open an inquiry into this matter, and I hope that it will get to the bottom of key questions: why did Tony Hall's inquiry not seek the truth from me?

"Why did it bend over backwards to whitewash Bashir? Who else knew the extent of his yellow journalism when securing what Hall calls 'the interview of the decade... or of the generation'?"

The BBC maintains there is a written note from Diana – although it no longer has a copy – attesting she had not seen the false bank statements for her brother's then employee, and they played no part in her decision to give the interview.