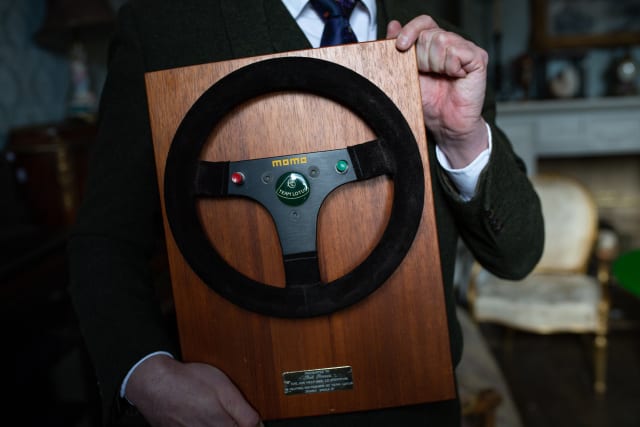 A steering wheel used by Formula One great Ayrton Senna is expected to fetch thousands of pounds at an auction later this week.

Auctioneer Rik Alexander said Mr Preece, from Cannock in Staffordshire, hopes the memento will be snapped up by a Senna fan at a sale on Friday.

The lot, mounted on a wooden plaque, bears the inscription ‘Presented to Bob Preece for his help and co-operation in helping his friends at Team Lotus – Senna Imola 87’.

Mr Alexander, from the Derbyshire-based Hansons auction house, said of the Brazilian driver: “He’s the one that everybody remembers, he’s the one that is that icon of Formula One.

“He lost his life in a racing accident while leading the San Marino Grand Prix at the Imola track. Poignantly, it was the place where Bob received his gift seven years earlier.