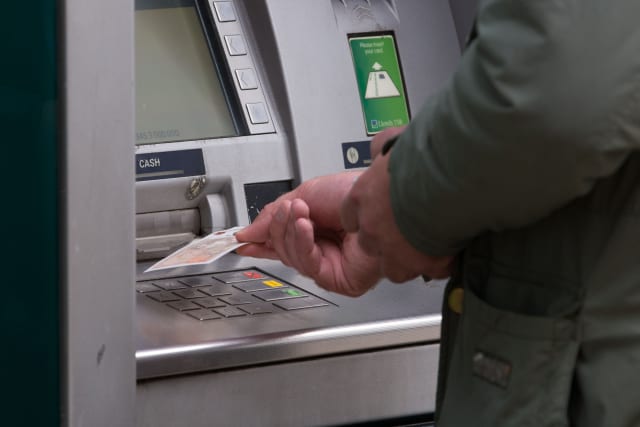 Cash withdrawals from ATMs have jumped since the second national lockdown in England was announced on Saturday.

More than £174 million was withdrawn on Sunday, making it the second busiest Sunday since March 15, according to figures from Link, the UK’s main cash machine network.

It was only beaten by the bank holiday weekend on Sunday August 30, when £190 million was withdrawn across the UK.

The average total value of withdrawals on any Sunday throughout lockdown has been £137 million – meaning withdrawals last Sunday were up by 27%.

On Monday, £238 million was withdrawn, making it the busiest Monday since March 16. The next busiest since then was August 3.

The average Monday since the start of April has seen £189 million of withdrawals, meaning a 26% increase this week.

Link director of strategy Graham Mott said: “At the beginning of the first lockdown ATM transactions fell by as much as 60%, with some ATMs temporarily closing because they were in locations like shops, garden centres and pubs, or for social distancing.

“We will keep a close eye to see what happens in the next week or so to see whether there is a similar drop-off. Cash remains vital and hopefully many of these withdrawals are being used to support community businesses or do some early Christmas shopping.”