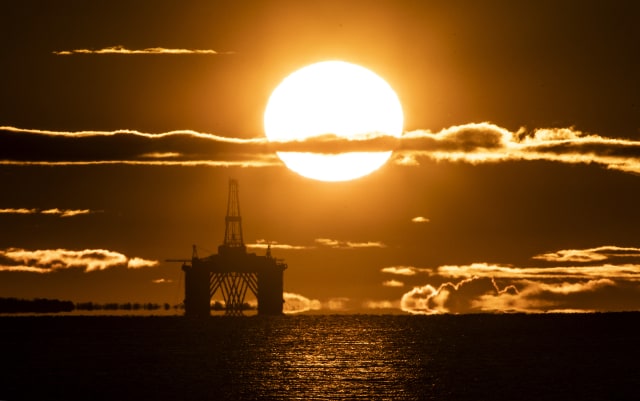 A new Amazon Original thriller set on a remote oil rig is to be filmed exclusively in Scotland.

The Rig, a six-part series, follows a group of workers who are due to return to the mainland when an eerie fog descends and a mysterious force begins to take hold.

It will be the first Amazon Original Series shot exclusively in Scotland – on an oil rig and at FirstStage Studios, the new Scottish film and TV studio space in Edinburgh.

Oscar-nominated producer Bob Last and actor and director Jason Connery, son of the late Sir Sean Connery, were appointed to run the 8.6-acre facility at the Port of Leith in March.

The thriller has been created by new writer David Macpherson and will be directed by John Strickland, known for Line of Duty and Bodyguard.

Georgia Brown, director of European Amazon Originals for Prime Video, said: “The Rig is a brilliant story, expertly told, in the most dramatic of settings.

“It asks searching questions about nature and the environment, about what it takes to survive and to be human, which feels very pertinent to the world we are living in now.

“We’re delighted to add this to our growing roster of UK-made Amazon Original shows, all available to stream at no extra cost for Prime members around the world.”

The Rig follows the crew of the Kishorn Bravo oil rig, stationed off the Scottish coast in the North Sea.

When the crew are due to return to the mainland, a mysterious and all-enveloping fog rolls through and they find themselves cut off from all communication with the shore and the outside world.

The series will be produced by Wild Mercury Productions, with production due to start next year.

Derek Wax, managing director of Wild Mercury Productions, said: “The Rig is a character-driven, epic thriller, full of heart-grabbing action and bold, original ideas, and we are delighted to be working with Amazon Prime Video in bringing it to life.

“David Macpherson captures life on a North Sea oil rig with extraordinary authenticity and it’s been exciting to work with him, director John Strickland and our creative team in realising the scale and vision of this world.”

The series will launch exclusively on Prime Video in more than 240 countries and territories.

Brexit briefing: 28 days until the end of the transition period

Williamson: Exams ‘best form of assessment for everyone’