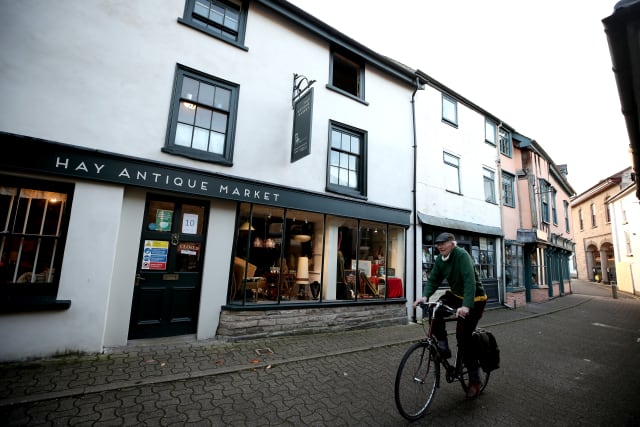 The Welsh Government should consider a two-week “buffer period” when the firebreak lockdown ends on November 9, Plaid Cymru leader Adam Price has said.

He called for a slower approach to lifting the restrictions, such as closing hospitality at 6pm, rather than an immediate easing of them at the end of the 17-day period.

Ministers have said the impact of the firebreak, which began on October 23, will not be known until after its conclusion.

Mr Price said it would be “premature and counterproductive” to suddenly ease all measures if Wales’s R value – the average number of people each person with Covid-19 goes on to infect – continues to be above one.

“The Welsh Government should take a slow and steady approach rather than pursue a rapid reopening,” Mr Price said.

“A ‘buffer period’ of two weeks with mitigation measures as we come out of the firebreak could include a phased reopening of closing hospitality, for example at 6pm, crucially backed by appropriate financial support – and a programme of blended learning in schools allowing for a two-week rota for older pupils.

“We also need to know how the firebreak period has been used to make the test and trace system far more robust, free from its reliance on the failing UK lighthouse lab network.

“Coming out too early and too quickly risks undoing any benefits gained.

“A cautious and careful approach will lead to better public health outcomes, greater security for business and will avoid a permanent cycle of locking and unlocking – which would be damaging for all.”

Paul Davies, leader of the Welsh Conservatives, called for clarity from the Welsh Government on financial support for businesses during the remainder of the firebreak.

He said the Welsh Government closed applications for business development grants last week after they had been open for just 24 hours and been oversubscribed.

“The Welsh Government needs to explain urgently to businesses what support they will be able to access for the remainder of the Wales-wide lockdown and under the new national restrictions,” Mr Davies said.

“It is also disappointing that five weeks after announcing the self-isolation grants for people on low incomes, and re-announcing them last week, the First Minister has still not released any details on how people will be able to access these vital grants.

“The Welsh Government needs to be bolder in getting core NHS activities back up and running to avoid other public health crises in devastating illnesses including cancer and heart disease.”

He called for more detail to be given on the support for local councils and health boards to manage the test, trace and protect programme.

Ian Price, director of CBI Wales, said firms under severe strain in Wales would be “relieved” at the news that the firebreak would end on November 9.

“For those in the hard-hit hospitality sector, the next step is to get clear guidance on how businesses can reopen again as swiftly and easily as possible,” Mr Price said.

“The First Minister has placed great emphasis on personal compliance and changing individual behaviours as we continue to live with the pandemic.

“Having already invested significant sums in making workplaces safe for staff and customers, business stands ready to play its part in making that a success.”