Teachers call for school closures amid warnings of longer lockdown 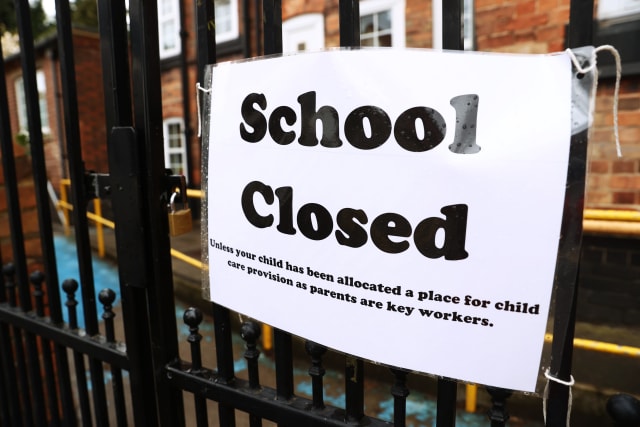 Not closing secondary schools could lead to a longer lockdown in England, a leading medical figure has warned, as thousands of teachers and support staff called for school closures.

Andrew Hayward, professor of infectious diseases epidemiology at University College London and a member of the Government’s New and Emerging Respiratory Virus Threats Advisory Group (Nervtag), said it is clear there is “substantial transmission” within secondary schools.

The warning comes as more than 150,000 teachers and support staff have backed the National Education Union’s (NEU) campaign to close schools and colleges as part of England’s lockdown.

Schools are an “engine for virus transmission”, the largest teaching union in Britain has warned.

Prof Hayward told BBC Radio 4’s Today programme: “I think it’s clear that there is substantial transmission within secondary schools. And we are of course needing to prioritise education and we know that children who are infected in schools are very unlikely to have severe consequences.

“But I think one of the consequences of not closing secondary schools would be that we may need to be in lockdown for longer than we might otherwise have to be.”

On Saturday, the NEU launched a campaign calling for the Government to close schools and colleges with the introduction of new national restrictions.

In less than 48 hours, more than 150,000 teachers and support staff have voiced their support and over 20,000 have written to their MP and lobbied them on social media, according to the NEU.

Kevin Courtney, joint general secretary of the NEU, said: “The response to our call this weekend for school closures shows that our concern is widely shared.

“The Government is failing our communities as well as our schools and colleges and that is why we are seeking an amendment to Parliament’s lockdown bill.

“We have seen a fifty-fold increase in infections in secondary schools alone since September. Schools, clearly, are an engine for virus transmission.”

The teaching union is also calling for rotas to be introduced in secondary schools and sixth form colleges at the end of the lockdown period.

Julie McCulloch, director of policy at the Association of School and College Leaders (ASCL), suggested that rotas should be considered first if further restrictions are needed in schools in England.

She said: “The situation with Covid infection rates is clearly very precarious and there may need to be further restrictions which affect schools.

“But it is important that we don’t see this as an all-or-nothing situation. A first step, if it is needed, could be to introduce a rota system in secondary schools with pupils rotating between remote education and attendance in school.

“The priority, alongside keeping pupils and staff as safe as possible, must be to keep as much direct teaching going as we can to minimise further disruption to these young people.”

Speaking on Monday, Dr Susan Hopkins, deputy director of Public Health England (PHE), said the majority of coronavirus infection in children was related to “infection in their households”.

Asked if the transmission risk in schools was high, she told Times Radio Breakfast: “We don’t know exactly. We do know that the majority of children have infection that’s related to infection in their households, which is clearly the most likely place that children will get infected.

“We know that, over the summer, families and people have been all back in work and going out and socialising, so there are many routes of infection and bringing it into the household.”

She added: “We have also agreed that we want our children to be in education, that we think that the damage done from a year of children’s education lost is too high for us to accept as a society.”