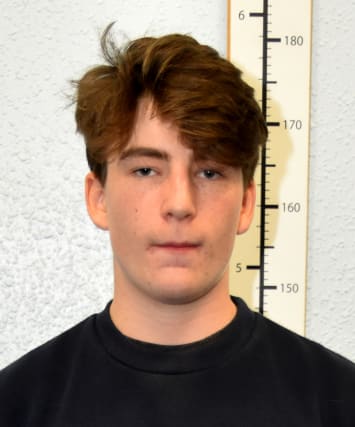 A teenage Satanist neo-Nazi has been spared jail after admitting a series of terror offences.

Harry Vaughan, 18, developed an interest in right-wing extremism, Satanism, the occult, and violence after disappearing "down a rabbit hole of the internet" from the age of 14, the Old Bailey heard.

He had admitted 14 terror offences and two counts of possessing child sex abuse images and was sentenced at the Old Bailey to two years' detention suspended for two years.

Sentencing, Mr Justice Sweeney said Vaughan had lived at home with his parents and had been an A star student.

"However, none of them knew from the age of 14 you had been involved in groups on the internet and thereafter until you were 15 going on 16 had become interested and involved in extreme right-wing ideology," he said.

While the defendant had documents on explosives, the judge said there was no suggestion he was preparing to manufacture it himself.

The judge took account of the defendant's young age and his diagnosis of autistic spectrum disorder.

He also acknowledged a letter from Vaughan's parents, who are committed to helping him "change for the better".

Vaughan's mother had attended the sentencing by video link while his father supported him in court.

The defendant, who wore a face mask in the dock, reacted by confirming he understood the sentence.

At an earlier hearing, prosecutor Dan Pawson-Pounds said the teenager was "considered a focused and able" student at top boys' school Tiffin Grammar in Kingston-upon-Thames, south-west London who achieved A-star grades in maths, further maths, physics and history in the summer.

He was arrested at his family home on June 19 last year in a counter-terror probe into Fascist Forge, an online forum used by extreme right-wing militants.

Vaughan described himself in his profile as an "extremist" and said his ideology was "cult of the Supreme Being" as he shared "sophisticated" far-right propaganda posters he had made on his laptop.

In a March 2018 application to join the System Resistance Network, an alias of the banned neo-Nazi group National Action, he wrote: "I could handle myself in a fight.

"There is nothing I wouldn't do to further the cause."

Police found 4,200 images and 302 files, including an extreme right-wing terrorist book and documents relating to Satanism, neo-Nazism and anti-Semitism, on Vaughan's computer and other devices.

Files included graphics encouraging acts of terrorism in the name of the proscribed terror organisation Sonnenkrieg Division, a guide to killing people, and bomb-making manuals.

Mr Pawson-Pounds said Vaughan had also looked on Google maps for the locations of schools near his home and searched for explosives and plastic pipes.

He said: "The material demonstrated unequivocally that Vaughan had an entrenched extreme right-wing and racist mindset, as well as an interest in explosives, firearms and violence more generally.

"He also demonstrated an interest in the occult and Satanism."

Mitigating, Naeem Mian QC, said Vaughan's "loving, committed parents" had been left with a "sense of bewilderment" after his arrest, while specialists have since diagnosed their son with high-functioning autism.

He said: "He is somebody who has disappeared down a rabbit hole, a rabbit hole of the internet, and he is in a very, very dark place, or certainly was.

"And he was there, it would appear, from the age of about 14.

"This is perhaps an ideal illustration of the dangers each and every parent has to deal with, potentially.

"We cannot be sure where they are going, what they are doing, in their bedrooms.

"That is the position the parents of this young man have found themselves in.

"They have questioned themselves.

"Are they to blame?"

Vaughan pleaded guilty to one count of encouragement of terrorism, one count of disseminating a terrorist publication, 12 counts of possessing a document containing information of a kind likely to be of use to a person preparing or committing an act of terrorism, and two counts of making an indecent photograph of a child, at Westminster Youth Court on September 2.

He was handed a 60-day rehabilitation order and a terrorist notification order for 10 years.

Jenny Hopkins, head of the special crime and counter terrorism division of the CPS, said: "Harry Vaughan was an A-grade student at a prestigious grammar school in south London who chose to pursue his obsession with racist, far-right politics online.

"The material found on his laptop and mobile phone was overwhelming and he pleaded guilty.

"This case reinforces once again there isn't just one type of person who engages in terrorism in the UK, and shows the hard work of the criminal justice system in holding these people to account."