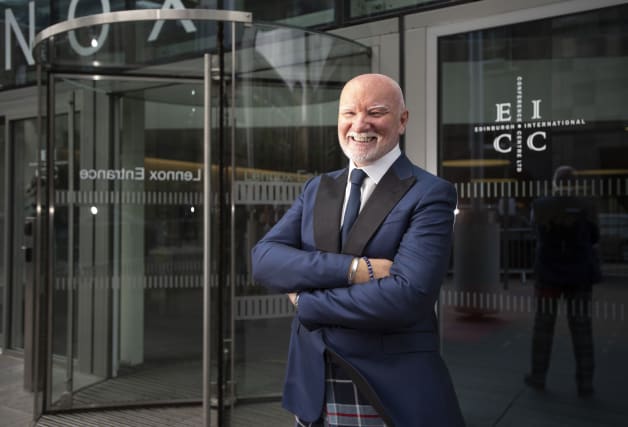 Entrepreneur Sir Tom Hunter has donated £1 million to help fight dementia after being inspired by the chart-topping composition of a former music teacher with the disease.

Sir Tom made the decision with his wife after hearing Paul Harvey compose a piano piece on the spot.

Mr Harvey, a former music teacher and composer who lives with dementia, was challenged by his son Nick to improvise a tune using the notes F, A, D and B.

After he had done just that, his performance went viral to the point that the BBC Philharmonic orchestra helped him record it as a single to benefit both Alzheimer’s Society and Music For Dementia.

Sir Tom’s donation will be split between the two charities.

“We lost both my mum and dad to dementia, so it struck a chord watching Paul and Nick’s father-son relationship,” Sir Tom told the PA news agency.

“The music was building a bridge out of the darkness of dementia there, so we were really uplifted by the original piece.

“Once I looked into the dementia charities, we thought in amongst all this doom and gloom, let’s see if we can do something a little bit uplifting.”

Mr Harvey’s son tweeted his thanks, writing: “Shock, pride, gratitude; I am overwhelmed with emotion.

“@SirTomHunter, your extraordinary generosity will improve the quality of life of countless people living with dementia in the U.K.

“On behalf of dad and myself, from the bottom of our hearts, thank you.”

Mr Harvey’s composition has so far reached the top of the iTunes and Amazon music charts.

“To see a human interest story where it’s about something good happening, I thought yeah, we need more of this,” said Sir Tom.

MSPs to reject 5.1% pay rise and call for salary freeze