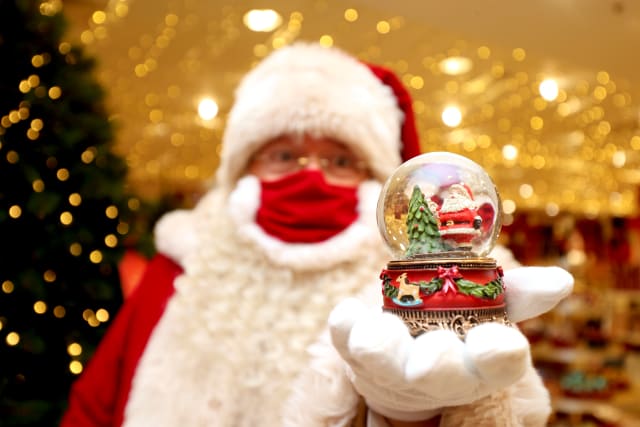 Boris Johnson has sought to raise hopes of people being able to do their Christmas shopping in person throughout much of December.

But the Prime Minister warned this would depend on the second lockdown proving a “success” in reducing the Covid-19 infection rate.

New lockdown rules for England will come into force from Thursday until December 2, and clothes shops, electronic stores and other non-essential retail will close.

The restrictions are expected to offer a further boost to online retailers such as Amazon, and deal another blow to high streets.

Speaking in the Commons, Mr Johnson told MPs: “I do think there is the prospect of a much brighter future ahead if we can make a success of these national measures, open up again in December, give people the chance of some shopping, some economic activity in the weeks leading up to Christmas and then beyond.”

He earlier said the intention over the next four weeks is to halve the number of infections.

“To do that you need to get the R down below one.

“It’s currently estimated to be between 1.1 and 1.3 – I think ONS (Office for National Statistics) said recently it was 1.6 – but it has been coming down.

“Our intention is to use this period to get it below 1 and get that infection rate halving, not doubling.”