Johnson: England’s lockdown will end on December 2 ‘without a shred of doubt’ 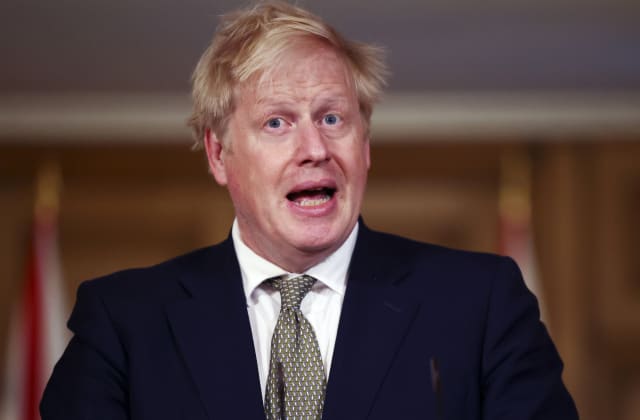 Boris Johnson insisted a second lockdown was necessary as he came under pressure from Tory MPs and business chiefs about the “truly devastating” measure.

The Prime Minister guaranteed “without a shred of doubt” that the restrictions would expire on December 2, amid concerns on the Conservative benches that England’s lockdown could be extended.

He said technological advances will “defeat this virus by the spring” as he tries to ward off a rebellion over the stay-at-home order which is due to come into effect on Thursday.

The Prime Minister promised MPs a fresh vote on the next stage of measures to combat coronavirus when “we intend to return” to a regional tiered system on December 2.

He announced greater support for the self-employed after extending the furlough scheme for employees as pubs, restaurants and non-essential shops are ordered to close.

But a growing number of senior MPs on the Conservative backbenches have indicated they will oppose the new lockdown during a vote on Wednesday, a day before it is set to come into force.

Mr Johnson hailed advances in medicine including “virtually instant” Covid-19 tests, and said there is a “real prospect” of a vaccine in the first quarter of next year.

“I believe that these technical developments, taken together, will enable us to defeat this virus by the spring as humanity has defeated every other infectious disease,” he said.

He promised that the national lockdown inn England, if approved by MPs, will automatically expire next month and the Commons “will have a vote to agree the way forward”.

The Prime Minister warned that “without action” there could be twice as many deaths over the winter as in the first wave, meaning there is “no alternative” but another national lockdown.

He said Covid-19 presents an “existential threat” to the NHS, with doctors being forced to choose which patients to treat and “who would live and who would die”.

With Chancellor Rishi Sunak beside him, Mr Johnson announced the Government will double support for the self-employed for November from 40% to 80% of trading profits.

Sir Keir Starmer accused the Prime Minister of a “catastrophic failure of leadership” for rejecting a recommendation from scientists to impose a shorter “circuit-breaker” lockdown in September.

The Labour leader warned that the “human cost” of a growing daily death rate was a result of Mr Johnson being “behind the curve” at every stage.

Mr Johnson also faced growing unrest from his own MPs, who are angry over the impact to the economy of a new shutdown and on personal freedom.

Sir Charles Walker, vice-chairman of the powerful 1922 Committee of Tory backbenchers, said he would vote against the legislation, arguing that the UK is drifting “further into an authoritarian, coercive state”.

“The people of this country will never, ever forgive the political class for criminalising parents seeing their children and children seeing parents,” he told the Prime Minister.

Any Tory rebellion on Wednesday is likely to be only symbolic, with Labour poised to back the Government on the measures.

Conservative former cabinet minister Esther McVey said she would vote against the four-week lockdown because the “‘lockdown cure’ is causing more harm than Covid”.

Sir Graham Brady, the influential chairman of the 1922 Committee, said: “If these kinds of measures were being taken in any totalitarian country around the world, we would be denouncing it as a form of evil.”

Meanwhile a scientist advising the Government said “thousands of lives” would have been saved if a two-week “circuit-breaker” had been imposed when it was recommended by the Scientific Advisory Group for Emergencies (Sage) on September 21.

Professor Andrew Hayward, who sits on the New and Emerging Respiratory Virus Threats Advisory Group, told BBC Radio 4’s Today programme that the move would also have “inflicted substantially less damage” to the economy than the new national lockdown.

Instead, the Prime Minister continued to pursue his regional approach, which will last until Thursday when the new measures come into force.

People will be allowed to exercise and socialise in outdoor public spaces with their household or one other person, while schools, colleges and nurseries will stay open.

Dame Carolyn Fairbairn, director-general of the Confederation of British Industry, said the measures would create a “bleak midwinter” and would be “truly devastating for business”.

– Mr Johnson said the Government had hit its target of increasing Covid-19 testing capacity to 500,000 per day.

– The Government said a further 136 people had died within 28 days of testing positive for Covid-19 as of Monday and there were 18,950 more lab-confirmed cases in the UK.

– Welsh First Minister Mark Drakeford said travelling between England and Wales without a reasonable excuse will be banned during Mr Johnson’s lockdown.

– Scotland’s First Minister Nicola Sturgeon said she will consider another national lockdown now the furlough scheme has been extended until December.

– Schools in Northern Ireland reopened on Monday after an extended half-term holiday, though other lockdown restrictions remain in place until November 13.

– Officials from the UK Government and devolved administrations have promised to work on a joint approach to coronavirus restrictions over the Christmas period.