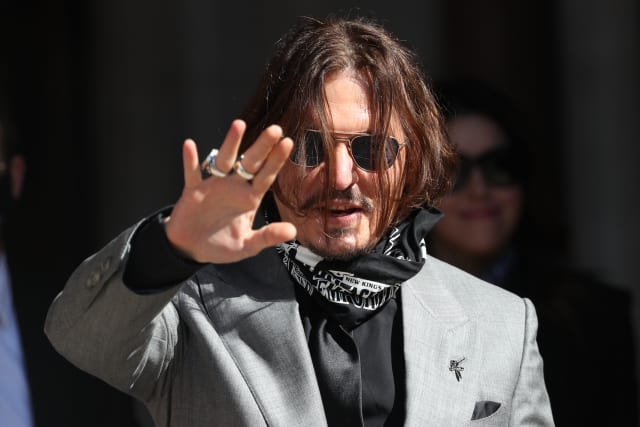 Actor Johnny Depp’s separate defamation case in the US against ex-wife Amber Heard could be stopped “in its tracks” after he lost his libel claim at the High Court in London, a lawyer has said.

The 57-year-old launched legal action against the actress in Virginia in March 2019 after she wrote an article in the Washington Post claiming to be a victim of domestic abuse.

Ms Melville-Brown, from London law firm Withersworldwide, said: “Johnny and Amber are set to meet again in the courts of Virginia, USA, in May 2021 regarding a comment piece she wrote in the Washington Post – a piece that he says means that he is violent towards women.

“Not only will the extensive evidence in the case ‘over here’ be dissected by the attorneys ‘over there’ but this judgment may stop the US proceedings in its tracks.”

She said that, while the accusations in the US case may be “slightly different”, the burden of proof in English libel courts is “much higher” than those in the US.

Ms Melville-Brown, who is head of the law firm’s media and reputation team, said: “Accordingly, Depp’s failure to convince a British judge to that higher standard may sink the American libel ship of Hollywood’s most famous pirate of the Caribbean.”

Mr Depp sued publisher NGN, and its executive editor, Dan Wootton, over an article in 2018 in which he was described as a “wife beater”.

But in a ruling on Monday, Mr Justice Nicol dismissed his claim, saying NGN had proved what was in the article to be “substantially true”.

Nathan Capone, a dispute resolution lawyer at law firm Fieldfisher, said the judgment is an “unmitigated disaster” for the Pirates Of The Caribbean star.

He added: “Because The Sun was defending Depp’s claim on the basis of truth, one party’s reputation was inevitably going to be vindicated while the other’s was going to be seriously tarnished as a result of the judgment.

“For Depp, this is an unmitigated disaster. Not only have the allegations that he was claiming to be false been held to be substantially true, he must now foot the bill for The Sun’s substantial legal costs.”

Nick McAleenan, a media law partner at JMW Solicitor, said the ruling is a “significant blow” for Mr Depp.

He said: “Having sought to contest a very serious allegation, he has failed to successfully challenge it in the libel courts and, in the process, has arguably sustained further damage to his reputation due to the evidence heard during the court hearing.

“The outcome underlines how high the stakes are in certain defamation cases.”

Mr McAleenan added: “Johnny Depp’s defeat is unlikely to reverse the recent upward trend in defamation cases and deter others who, much like himself, believe that those risks are worth taking.”