Fighting fund launched to save Spanish Armada maps for nation 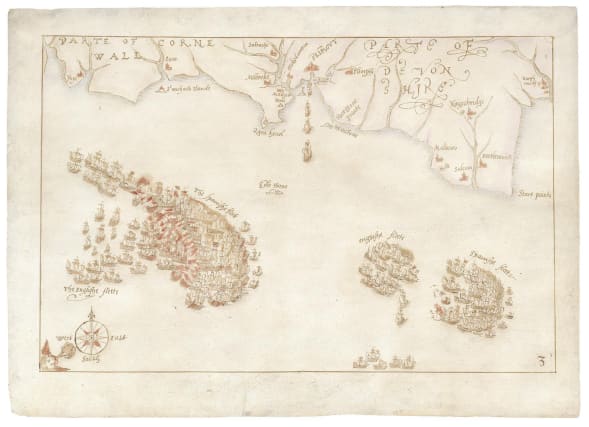 A campaign has been launched by the National Museum of the Royal Navy (NMRN) to stop a collection of rare maps which chart the defeat of the Spanish Armada from being sold overseas.

An export bar was placed in July on the 10 hand-drawn maps depicting the famous battle of 1588, completed by an unknown draughtsman, possibly from the Netherlands.

Although the ink and watercolour maps are undated, they are thought to be from the years immediately after the battle, and have been valued at £600,000 plus VAT.

Now the NMRN has pledged £100,000 towards saving the maps for the country and has launched a fundraising drive to collect the remaining money needed to purchase them in order to put them on public display for the first time.

Professor Dominic Tweddle, director general of the museum based in Portsmouth, said: “The Armada maps represent a defining moment in England’s naval history and speak directly to our identity as an island nation.

“They depict a navy and country that defended our shores against a world superpower and are a milestone in the story of England.”

Prof Tweddle said that retaining the maps for the country was a high priority for the museum, despite the funding difficulties caused by Covid-19 lockdowns.

He said: “This has been an incredibly tough year for the museum, with our Covid-enforced closure and loss of revenue.

“However, when we learned that the maps could be lost abroad into private hands, we decided we were honour-bound to step in and lead the fight to save them for the nation.”

Andrew Lambert, Laughton professor of naval history at King’s College London, said: “Not only were these maps critical to the first attempt to record and publish English naval history as part of the national story, but they have influenced every subsequent account of the Armada campaign, in text, charts and tapestry.”

The maps depict the story of the defeat of the Spanish Armada in 1588 and the origins of England’s naval power.

It is believed the drawings were based on a set of engravings by Elizabethan cartographer Robert Adams, who was surveyor of the Queen’s Works.

While the draughtsman is unknown, it is thought the maps were drawn shortly after the battle in 1588 in the Netherlands and they were also used as models for tapestries that hung in the House of Lords for nearly 250 years.

The maps were sold earlier this year for £600,000 but culture minister Caroline Dinenage imposed an export ban and called for a museum or institution to raise funds to purchase them.

The decision on the export licence application for the drawings was deferred until January 9 2021, as long as a serious fundraising bid was launched.

An NMRN spokeswoman said: “The museum firmly believes that the acquisition of these incredible items provides an important opportunity to explore the history of England and the influence of that history on the present day.

“By bringing the maps into public ownership and placing them on display for the first time, the museum will open debate and dialogue with all those who wish to share and reflect upon England’s identity.”