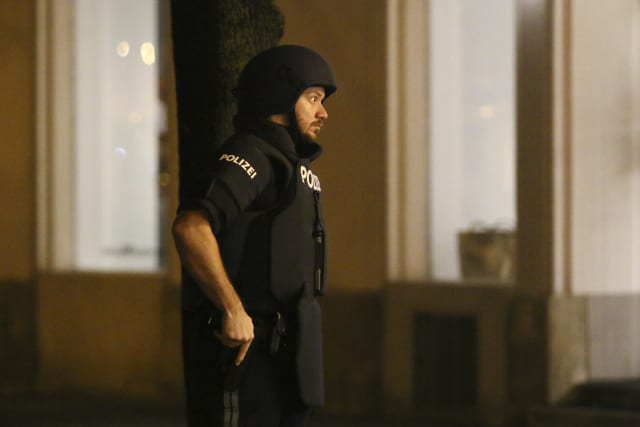 The Prime Minister has expressed his deep shock at the “terrible attacks” in Vienna which have left several people dead and several injured.

Both Boris Johnson and Home Secretary Priti Patel tweeted to express solidarity with Austria after the country’s capital experienced a deadly attack on Monday evening, with the blame being pinned on terrorists.

One attacker was shot dead by police but several others were thought to be “on the loose”, according to the Austrian chancellor.

Mr Johnson said: “I am deeply shocked by the terrible attacks in Vienna tonight.

“The UK’s thoughts are with the people of Austria – we stand united with you against terror.”

Vienna police said several shots were fired shortly after 8pm local time in a city centre street, and that there were six different shooting locations.

“One of the perpetrators was neutralised, but several perpetrators appear to still be on the loose,” Mr Kurz said.

“They seem to also, as far as we know, be very well equipped, with automatic weapons. So they were very well prepared. It’s definitely a terror attack.”

A police officer was among the injured, Austrian police confirmed on Twitter.

Ms Patel said the UK, which has seen a number of terror atrocities in recent years, including an attack on Parliament in 2017, stood “ready to support” Austria following the shooting rampage.

The Home Secretary tweeted: “Deeply shocked and saddened by the incident that has taken place in Vienna this evening.

“My thoughts are with everyone who has been affected and we stand ready to support in any way we can.”

Vienna’s streets were reportedly particularly busy as people took to bars and restaurants on the eve of the introduction of harsher restrictions aimed at preventing the spread of Covid-19.