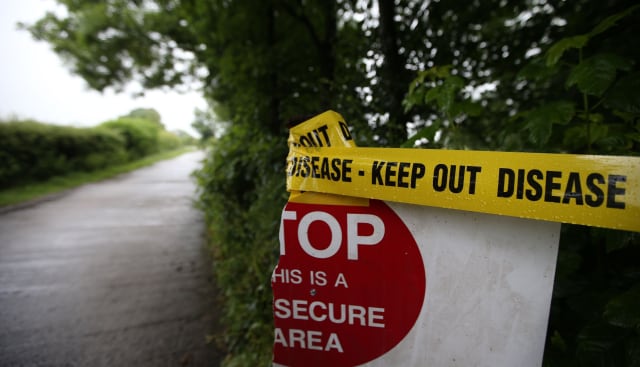 Hundreds of birds at a farm in Kent will be culled following an outbreak of bird flu.

All 480 birds on the site near the town of Deal will be killed to limit the spread of the disease, the Government has confirmed.

The outbreak of the H5N2 avian influenza at the small commercial premises was confirmed on Monday.

A 1km restricted zone has been put in place around the site to limit the risk of the disease spreading, while urgent enquiries are underway for any evidence that it has spread further.

Public Health England (PHE) says the risk to public health from the virus is very low and the Food Standards Agency says bird flu does not pose a food safety risk for UK consumers.

Thoroughly cooked poultry and poultry products, including eggs, are safe to eat.

“Immediate steps have been taken to limit the risk of the disease spreading and all remaining poultry and captive birds at the farm will be culled.”

There is not expected to be an impact on food supply as this business does not supply poultry meat or eggs to the commercial food chain.

She added: “Bird keepers should remain alert for any signs of disease, report suspected disease immediately and ensure they are maintaining good biosecurity on their premises.

“We are urgently looking for any evidence of disease spread associated with this farm to control and eliminate it.”

Bird flu is an uncommon infection in humans and the risk to the UK population remains very low, Dr Gavin Dabrera, Consultant in acute respiratory infections at PHE said.

He added: “Do not touch any sick or dead birds and make sure to wash your hands thoroughly with soap after contact with any animal.”

A detailed investigation is in progress to determine the most likely source of the outbreak.