Arena killer beat security because he ‘blended in too well’, inquiry told 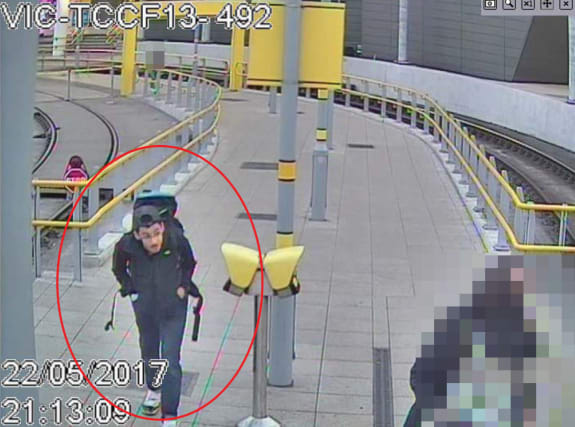 Suicide bomber Salman Abedi overcame security at Manchester Arena because he “blended in too well”, the venue’s boss told the public inquiry into the 2017 attack.

Abedi, 22, was in the area and the adjoining Victoria railway station from 8.30pm on the night of the bombing which killed 22 people as he walked around with a large rucksack on his back.

At one point he spent 10 minutes in a toilet cubicle after he had struggled to navigate the coin-operated entry turnstile.

He later hid from sight from CCTV cameras for nearly an hour in the raised mezzanine level of the City Room foyer before he descended the staircase and detonated his home-made device, packed with thousands of nuts and bolts, as members of the public left the Ariana Grande concert.

On Monday, counsel to the inquiry Paul Greaney QC asked James Allen, Arena general manager: “Salman Abedi was 22 years of age, he was a dropout from university, he was entirely undistinguished in life and he even struggled to work out how to get into the toilets in the station.

“How was it that he managed to defeat the security arrangements at the Arena that night?”

Mr Allen replied: “Because I believe he blended in too well.”

The witness, who is employed by venue operator SMG, told the hearing at Manchester Magistrates’ Court it was his view that he and SMG had discharged their responsibility for the safety and security of the crowd of around 14,300 who attended the concert on May 22.

He agreed, though, it appeared to be the case the mezzanine level was not checked during the period that Abedi hid and a failure to do so during events was a “major failing on someone’s part”.

During events SMG had staff from security provider Showsec assist in areas where the public were allowed to be, he said, and that Showsec were expected to be a “pair of eyes” including checks before a concert ended.

Mr Allen had worked at the Arena since 2003 but was unaware of a CCTV blackspot on the mezzanine level which Abedi may have identified on a previous reconnaissance visit.

Mr Greaney said to the witness: “If they (Showsec) didn’t walk onto that area, we have got a man intent upon serious harm on that mezzanine area for an hour with no physical check and him being in a blackspot for a significant period of time, do you have a reaction to that state of affairs?”

Mr Allen replied: “It was a missed opportunity, yes I agree.”

The inquiry heard the mezzanine level was less populated following the closure of a McDonald’s restaurant at the end of 2016.

Mr Greaney asked: “Is it reasonable for a person to suggest that someone at SMG ought to have reflected what that meant in terms of security in the City Room?”

Mr Greaney said: “Would it be reasonable for that person to say this is an area where we need to think about in terms of, for example, whether a person who wishes harm might wait?”

Mr Greaney went on: “Did that ever happen as far as you know?”

The public inquiry is looking at the background circumstances before and during the bombing and is expected to last into next spring.