Lockdown in the UK: What are the key upcoming dates? 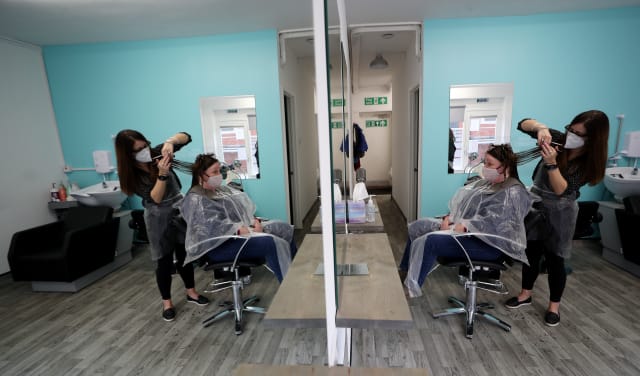 The four nations of the UK are adopting different measures to try to slow the spread of coronavirus.

Here is a rundown of key upcoming dates across England, Scotland, Wales and Northern Ireland.

November 2
The new five tier system will come into effect in Scotland.

The central belt – including Edinburgh, Glasgow, Stirling and Falkirk – will be joined by Dundee and Ayrshire in Level 3.

Aberdeenshire, Aberdeen, Fife, the Borders, Dumfries and Galloway, Argyll and Bute, Perth and Kinross and Angus will be in Level 2.

Highland, Moray, Western Isles, Orkney and Shetland have been assessed as Level 1.

Levels 1, 2 and 3 are broadly comparable to the tier system currently in place in England.

Meanwhile, in Northern Ireland schools will open again after an extended half-term break which formed part of a wider partial lockdown.

New lockdown measures will come into force across England.

Pubs, bars and restaurants will have to close, along with non-essential retail and entertainment and leisure facilities such as gyms, cinemas and soft play centres.

Household mixing will be banned and people are to work from home if they can as the “stay at home” guidance from the spring is reintroduced.

Schools, colleges and universities will remain open, as will places of worship for private prayer.

Wales is due to conclude its two-week firebreak lockdown.

Since October 23, people have only been allowed to leave their homes for limited reasons and had to work from home where possible.

Leisure, hospitality and tourism businesses were closed, along with community centres, libraries and recycling centres.

Hospitality and other businesses in Northern Ireland are due to reopen after being closed in a partial lockdown.

Since October 16 pubs, bars and restaurants have been shut alongside close contact services such as hairdressers and beauticians.

Classes have also been suspended in gyms.

Lockdown measures are due to be released in England but Cabinet minister Michael Gove has already admitted that restrictions may need to be in place for longer.