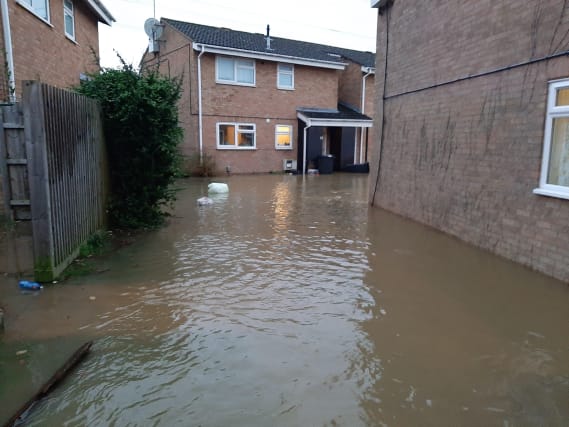 People have been evacuated from 30 properties following a major flood caused by a burst pipe.

Photographs show a plume of water rising two storeys high from the burst main in Thames Avenue in Haydon Wick, Wiltshire, and wheelie bins floating in water across the street.

Two crews from Dorset and Wiltshire Fire and Rescue Service were working with Wiltshire Police and local councillors to evacuate residents from the street which had been closed to traffic.

The fire service said it was making “good progress” removing water from the properties and urged people to avoid the road.