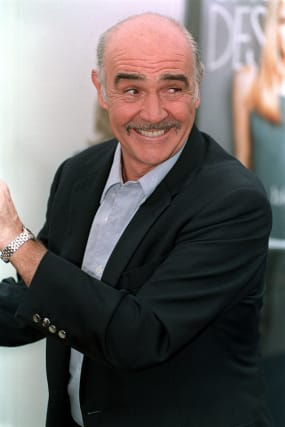 The producers of James Bond have said they are “devastated” by the death of Sir Sean Connery at the age of 90, as he was remembered as “the world’s greatest Scot, the last of the real Hollywood stars, the definitive Bond”.

Tributes have flooded in for the veteran star, who was the first actor to play 007 on the big screen in Dr No in 1962.

This was followed by From Russia With Love, Goldfinger, Thunderball, You Only Live Twice and Diamonds Are Forever.

Barbara Broccoli – the daughter of original Bond producer Albert R “Cubby” Broccoli – and Michael G Wilson said in a statement: “We are devastated by the news of the passing of Sir Sean Connery.

“He was and shall always be remembered as the original James Bond whose indelible entrance into cinema history began when he announced those unforgettable words — ‘The name’s Bond… James Bond’ — he revolutionised the world with his gritty and witty portrayal of the sexy and charismatic secret agent.

“He is undoubtedly largely responsible for the success of the film series and we shall be forever grateful to him.”

Alex Salmond, former first minister of Scotland, who was close friends with Sir Sean, wrote on Twitter: “The world’s greatest Scot, the last of the real Hollywood stars, the definitive Bond.

“Sean Connery was all of these things but much more. He was also a staunch patriot, a deep thinker and outstanding human being.

“I have had the rare privilege of being his friend for more than thirty years and enjoyed every single moment of his company and talk.”

He added: “He was honest and brave and it has been one of the privileges of my life to count him as a friend.

“His sense of irony and humour were legendary as was his love of country.

“‘Scotland Forever’ wasn’t just tattooed on his forearm but was imprinted on his soul.”

Actor Hugh Jackman wrote on Twitter: “I grew up idolizing #SeanConnery. A legend on screen, and off. Rest In Peace.”

A tweet from Pinewood Studios, where the Bond films are filmed, said: “We are extremely saddened to hear of the passing of the legendary Sir Sean Connery.

“Memories of this outstanding actor and his unforgettable embodiment of superspy James Bond will forever be cherished at Pinewood.”

Director and actor Kevin Smith said: “He was my Dad’s James Bond, so Dad supported Mr. Connery’s career his entire life, always taking me to see any movie his fave actor was in.

“I have sweet memories of watching Dad watch his movie idol.