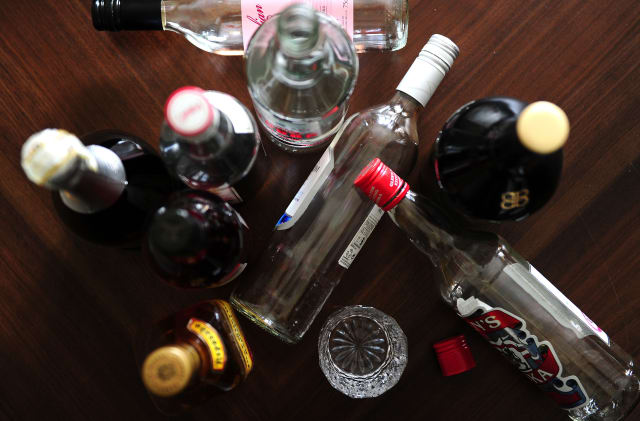 More than a quarter of UK adults consumed more alcohol than normal during lockdown, a study has found, sparking fears of a wave of future health problems.

The alcohol education charity Drinkaware said 26% of people in the UK increased their consumption between March and June, while one in 10 reported drinking more throughout the entire lockdown period.

It warned there could be an increase in alcohol-related health problems in the future as coronavirus lockdown restrictions return across the country.

Drinkaware chief executive, Elaine Hindal, said: “As a nation we must wake up to the health impact of drinking so much alcohol.

“If general uncertainty lies ahead, it is crucial that we do not sleepwalk into the winter months and ignore these lockdown lessons.

“Otherwise, the UK could face a huge wave of alcohol-related health issues.”

Drinkaware has now called on the Government to prioritise the impact of alcohol harm and said the issue should be considered as a factor within mental health strategies.

The charity’s report was based off a YouGov study of 9,046 UK adults aged 18 to 85 between August and September.

It found that women were more likely to have had more alcohol than normal compared to men during the early stages of lockdown, with 27% reporting an increase, as opposed to 25% of men.

Some 13% of middle-aged drinkers, aged 35 to 54, also said they increased their alcohol consumption.

While some people reported drinking more, 27% of adults said they consumed less during the early lockdown period, with the figure increasing to 29% in July and August.

Those who consumed fewer units cited a lack of social occasions as the main reason, while others tried to improve their physical health.

Some 58% of people surveyed found that their drinking behaviours did not change during lockdown.

Drinkaware, which is funded by donations from UK alcohol producers, retailers and supermarkets, said more UK adults were now drinking four times a week or more, with the figure jumping from 16% in 2019 to 19% this year.

The increase was “mainly driven” by women and adults over 55, the charity said.

Ms Hindal added: “Our monitor shows that when people are feeling fragile, whether they’re uncertain about their futures or struggling with working at home, they could be reaching for a drink.

“And while some people adapt, many might not be getting to grips with the so-called ‘new normal’, continuing to drink more than they usually would.

“Drinking can cause mental health conditions or make them worse, negatively affect your sleep, lead to weight gain, and has the potential to impair your immune function.

“It can also have many other serious long-term mental and physical health consequences.”