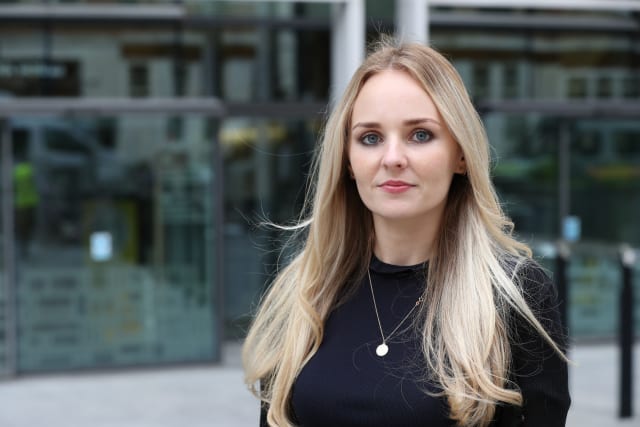 The widow of Pc Andrew Harper will meet with the Home Secretary on Monday to press forward with her plans to create a new law in her slain husband’s memory.

Lissie Harper will hold fresh talks with Priti Patel in Westminster for the first time since she reaffirmed her commitment to “ensure anyone who kills an emergency worker gets the sentence they deserve” at the virtual Conservative Party Conference in October.

Mrs Harper is campaigning for Harper’s Law, meaning those who kill emergency workers due to a criminal act are jailed for life, after the three teenagers responsible for her 28-year-old husband’s death were handed determinate prison sentences for manslaughter.

Pc Harper had been married for just four weeks when he was caught in a tow strap attached to a getaway car and dragged to his death as he and a Thames Valley Police colleague responded to a late-night burglary in Sulhamstead, Berkshire, in August last year.

In a blog post ahead of meeting with Mrs Patel and Justice Secretary Robert Buckland QC, Mrs Harper said: “I am sure that they are just as motivated in pushing forward with Harper’s Law as we are and I am eager to make progress in our plans and the legal aspects.

“Although we are making powerful headway with the campaign my devotion to the progress of ensuring this law becomes a reality continues purposefully.

“I plan to keep going, adding prominent names to the tribe of people offering their backing.

“My dedication to Harper’s Law is as unshakeable as ever and I will be insistent in the upcoming meetings of the importance of haste as well as the accuracy of the legislation that we are trying to create.”

Mrs Harper said support for Harper’s Law continues to grow “both from members of the public as well as many members of Parliament and important and influential figures”.

She added: “We continue our work on the campaign and have met with a number of MPs in Westminster lately to discuss our plans and intentions for Harper’s Law and are feeling very encouraged by the response.”

Mrs Harper previously sat down for talks with Mrs Patel and Mr Buckland in September, when she said the pair signalled their support for her campaign.

The meeting is their first since the death of Metropolitan Police Sergeant Matt Ratana, who was fatally shot as he prepared to search a handcuffed suspect in Croydon.

In October, Mrs Patel described Pc Harper and Sgt Ratana as representing “the very best of us”.

She said: “It is in the memory of Andrew and Matt and others like them that we will continue to act to protect those on the frontline.

“The Justice Secretary and I will continue working with Lissie Harper, PC Andrew Harper’s widow, to ensure anyone who kills an emergency worker gets the sentence they deserve.”