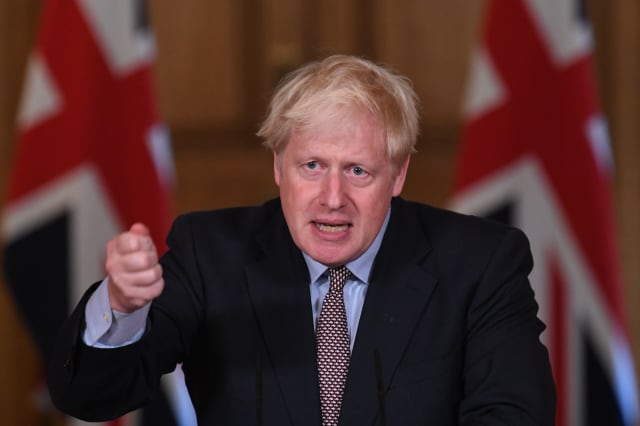 Boris Johnson will host a press conference with his chief medical and scientific advisers on Saturday afternoon, amid speculation he will impose a national lockdown in England next week.

The Prime Minister is expected to be joined by Professor Chris Whitty and Sir Patrick Vallance in Downing Street at 4pm, following a meeting of his Cabinet earlier in the afternoon.

Mr Johnson has so far resisted pressure to introduce nationwide restrictions, opting instead for a localised tier system, but he is reportedly considering closing everything except essential shops and education settings for a month from Wednesday.

The policy shift comes after new data showed the extent of cases across England. The Office for National Statistics estimated that 568,100 people in households were infected with coronavirus in the week ending October 23.

Members of the Government’s Scientific Advisory Group for Emergencies (Sage) have backed the introduction of more stringent measures.

Professor Sir Jeremy Farrar said the consequences of sticking with the current “insufficient” restrictions would be “much worse” than going for a second lockdown.

The director of the Wellcome Trust said: “The sooner we act, the sooner we can start to recover. It will be a very difficult few weeks now and no one can underestimate the toll that will take on people.

“But the consequences of sticking with the current insufficient restrictions would have been much worse.”

Sage member Professor Calum Semple told BBC Radio 4’s Today programme: “For the naysayers that don’t believe in a second wave, there is a second wave.

“And, unlike the first wave, where we had a national lockdown which protected huge swathes of society, this outbreak is now running riot across all age groups.”

Professor John Edmunds said the only way to have a “relatively safe” Christmas is to take “stringent” action now to bring the incidence of the virus “right down”.

It comes after a senior Government scientific adviser said it is “definitely too late to think that the two-week circuit-breaker on its own will sort this out”.

“It would bring it down a bit but it wouldn’t be enough to bring (the R value) right down. A two-week circuit-breaker would have an effect but now almost certainly it would need to go on for longer to have a significant effect.”

They said the R needs to be brought below one in many places to “get it down to levels that don’t run the risk of breaching health service capacity”, while in other regions the growth needs to flatten for that to happen.

The “longer you leave it”, they warned, “the more difficult it is to turn this around”.

The proposed restrictions have led to fresh calls for more financial help for affected businesses, on the day the furlough scheme closes and is replaced by the Chancellor’s Job Support Scheme (JSS).

Kate Nicholls, chief executive of UK Hospitality, said a national lockdown would be “absolutely devastating” for the industry and called for the sector to receive “significant additional help in order to get through this”.

France and Germany announced national lockdown restrictions earlier this week, while in Northern Ireland pubs and restaurants were closed for four weeks starting on October 16 with the exception of takeaways and deliveries. Schools were closed for two weeks.

Wales is currently under a “firebreak” lockdown, with leisure, hospitality and tourism businesses closed, and in Scotland the majority of people will be under Level 3 of a new five-tier system from Monday.