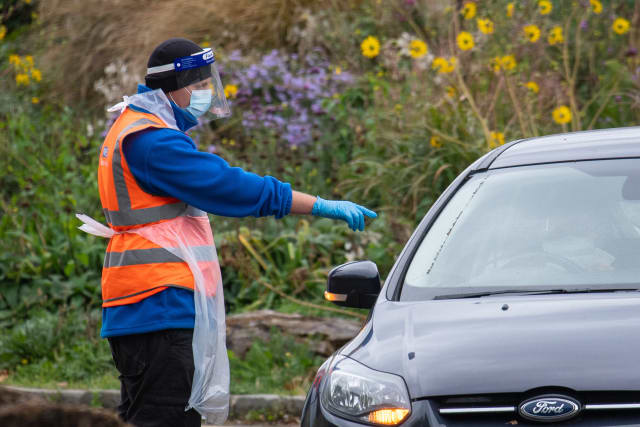 The Government needs to sort out the test and trace system because the welcomed extension to the furlough scheme is just a short-term fix, business leaders have said.

They point out that it is a key weapon in the fight against the virus, it would boost confidence and mean workers are not asked to self-isolate without decent sick pay.

Prime Minister Boris Johnson, speaking at a Downing Street press conference, announced that non-essential retail and hospitality services will be forced to close – while schools stay open – during a four-week national lockdown.

It means that pubs, cafes and restaurants will shut, except for takeaway and delivery services, from November 5 to December 2.

The furlough extension offers “short-term” relief to firms facing hardship through loss of demand or closure, he added.

He said: “The Government must not squander the time afforded to them through another lockdown to enable mass testing and fix test and trace systems – which hold the key to a lasting exit strategy for both public health and the economy.”

Market confidence has already been “hit hard by the unclear, stop-start approach” taken by governments across the UK during the pandemic, he added.

Jonathan Geldart, the director general of the Institute of Directors, said the new restrictions would inflict “great strain on an already fragile business community”, but the extending of the furlough scheme would be a relief to many firms.

He added: “When we emerge from these restrictions, directors will want to see the test and trace system firing on all cylinders.

“This could be a key weapon in the fight against the virus, but it hasn’t hit its target yet.

“The Prime Minister’s emphasis on this is welcome, but the results on the ground will matter most.”

Both the British Retail Consortium chief executive  Helen Dickinson  and Jace Tyrrell, the chief executive of the New West End Company, described the lockdown as a “nightmare before Christmas”.

Ms Dickinson feared: “It will cause untold damage to the high street in the run up to Christmas, cost countless jobs, and permanently set back the recovery of the wider economy, with only a minimal effect on the transmission of the virus.”

She said the previous previous lockdown cost non-essential shops £1.6 billion a week in lost sales and expect the impact to be event greater as the retail sector is entering the all-important Christmas shopping period.

Many retailers have spent thousands of pounds to become Covid-safe and now there could be “a significant economic impact on the viability of thousands of shops and hundreds of thousands of jobs across the country,” she suggested.

Mr Tyrrell pointed out that the West End employs one in 10 Londoners and this year’s run up to Christmas is shaping up to deliver “some of the most difficult trading periods we’ve ever experienced”.

He said: “Retailers and the public need to be reassured that there is light at the end of the tunnel, as continued uncertainty and stop start measures are undermining confidence and worsening an already catastrophic situation.”

Derek Cribb, chief executive of IPSE (the Association of Independent Professionals and the Self-Employed), called on the Government to help the self-employed.

They can currently claim just 40% of their earnings, compared to 80% for employees through the extended furlough scheme.

Pointing out that many thousands lost their freelance businesses and were driven on to Universal Credit, he added: “This cannot stand as we enter a second national lockdown.”

He warned: “The economic impacts of this decision threaten calamity unless we see further details of a rescue package in the next 72 hours.”

Business leaders also called for a sign that an economic stimulus package from April next year would include support measures such as extending the business rates holiday and the hospitality VAT cut.

She suggested it will also create major disruption to firms in the supply chain whose businesses are now also at severe risk.