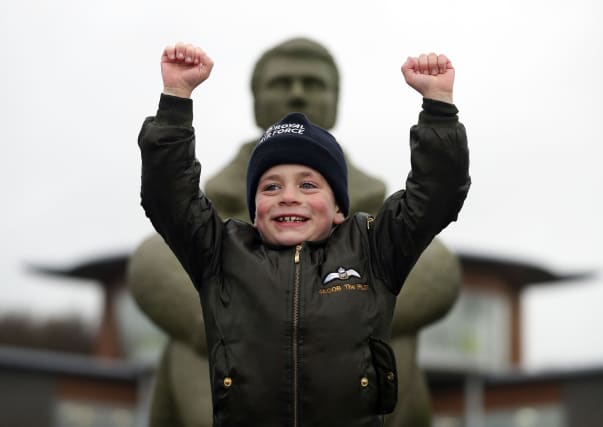 A seven-year-old boy has raised more than £21,000 battling the wind and rain to complete a two-day walking challenge on his birthday.

Jacob Newson walked 30 miles from RAF Manston in Ramsgate to the Battle of Britain Memorial in Folkestone, Kent, to raise money for the Royal Air Force Benevolent Fund.

He completed the walk alongside his father, Andy, on his seventh birthday, and 80th anniversary of the end of the Battle of Britain.

Writing on Twitter, Jacob said: “I DID IT!!! What a hard day. We had wind, rain, hills, mud, slips, falls and at one point we had to take shelter it got so bad-but I didn’t give up

The group walked through 50mph winds in order to finish on time, and Jacob completed the challenge wearing an RAF flying suit.

The walk was originally meant to take him on a two-day journey from Belgium to Dunkirk in northern France, however this was postponed due to the coronavirus restrictions.

Donations have flooded in for the youngster’s challenge and he has now raised £21,248 for the charity fund.

To donate to his fundraiser for the RAF Benevolent Fund, visit: www.justgiving.com/fundraising/Andrew-Newson2