What could a circuit-breaker lockdown mean for England? 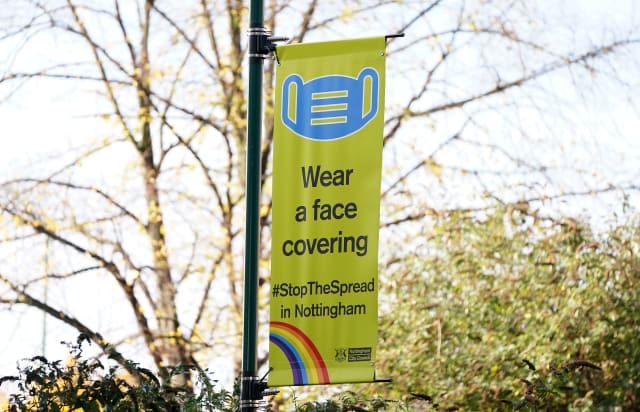 Pressure is mounting in England to impose a national lockdown, a circuit-breaker or a “firebreak”, in response to rising coronavirus infections.

The effectiveness of the current three-tier system of restrictions has been called into doubt with experts suggesting a more national approach is needed to address the soaring infection rate.

But what would a circuit-breaker look like and when would it happen?

– What is a circuit-breaker?

An actual circuit-breaker is an automatic switch installed in an electrical circuit that flips and breaks the flow of electricity when there is a power surge or short-circuit, preventing fire and other damage.

A circuit-breaker lockdown in England could involve people cutting almost all contact with anyone outside their own household, the shutting of non-essential businesses and limits on travel.

The idea is to interrupt the flow of the virus and allow time for a longer term plan to be put in place, before cases overload the NHS.

– How would it differ to the full lockdown in the spring?

A decision would have to be made about whether schools should be shut, and officials may decide that it would be best to keep them open.

This issue is the reason why some experts thought the October half-term would have been a good time for a circuit-breaker as it would have minimised disruption to education with schools already due to be closed.

There would also likely be a time limit and a clear end date.

– So when could a circuit-breaker happen?

Well, it would seem many think it should already have happened with warnings that time is of the essence and ministers being urged to be “tougher and quicker”.

Documents published this month revealed a circuit-breaker lockdown was at the top of a shortlist of interventions recommended to the Government by the Scientific Advisory Group for Emergencies (Sage) in September.

There have been suggestions that a lockdown could be imposed before and after Christmas with a relaxation of the rules in between so that families could enjoy the festive period.

– What is the Government saying about the prospect of stricter national measures?

There has been mixed messaging coming from ministers this week.

Home Secretary Priti Patel was asked about a national lockdown and said: “Well I think at this stage of course we can rule nothing out because we are a Government that is focused on making sure that we stop the spread of this virus and also (that) we protect public health.

But Communities Secretary Robert Jenrick said the Government will “try everything in our power” to avoid a “blanket national lockdown”.

He said the Government’s “very firm view” is that a short national circuit-breaker lockdown would be the wrong approach.

– Has anywhere else in the UK put circuit-breaker style restrictions in place?

They have indeed. The whole of Wales is currently under a 17-day “firebreak” lockdown which started on October 23 and will last until November 9.

And pubs and restaurants in Northern Ireland were closed for four weeks starting on October 16 with the exception of takeaways and deliveries.

Schools were closed for two weeks.

People in Northern Ireland have been told they should work from home unless unable to do so, and have been urged not to take unnecessary journeys.

– And what about other European countries?

Countries including Ireland, France and Germany have all brought in stricter measures in a bid to get rising infection numbers under control.

On October 19, Irish premier Micheal Martin announced the whole country was to move to the highest level of the state’s coronavirus restrictions for six weeks, meaning people are asked to stay at home, and exercise is only permitted within a 5km radius of their home.

France is entering a second lockdown from Friday and Germany has imposed a four-week partial lockdown.